There are several options for penalty relief if you end up owing more in taxes than you anticipated. 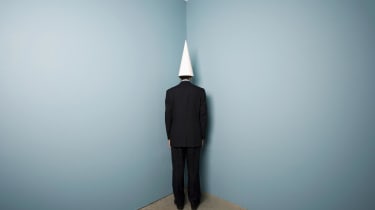 If your tax bill is larger than expected, you may be in for another unpleasant surprise: an underpayment penalty. Taxpayers who owe Uncle Sam $1,000 or more are potentially subject to the penalty. But there are a few ways to avoid this double whammy.

For this tax season only, taxpayers who paid in at least 80% of their 2018 tax bill can escape the underpayment penalty, the IRS announced in late March. Normally, taxpayers must pay at least 90% of the current-year tax bill to avoid the penalty.

This new, additional relief comes after the IRS dropped the threshold to 85% in mid January. An accountants’ association and Congress pressured the IRS to issue that waiver, and both have been advocating for more relief, says Mark Luscombe, principal analyst at Wolters Kluwer Tax & Accounting. (Before the drop to 80% was announced, the IRS had gone a step further for farmers and fishermen: They are now off the hook for underpayment penalties for 2018 if they file and pay tax due by April 15.)

The IRS granted the relief “in recognition of complexity for the 2018 tax year,” realizing that many people didn’t fully understand how the law changes might affect their bills, says Eric Bronnenkant, the head of tax for Betterment for Business.

To get the waiver, you need to file IRS Form 2210, says Gil Charney, director of the Tax Institute at H&R Block. The instructions for that form have a worksheet to determine eligibility for the waiver.

Taxpayers who already filed their returns but qualify for the expanded relief can claim a refund of the penalty by filing IRS Form 843, the IRS says. On the form, the IRS says include the statement “80% waiver of estimated tax penalty” on Line 7.

If you don’t qualify for the 80% relief (or another escape route), then the penalty is calculated based on the regular 90% threshold. If you paid 81% of your tab, for instance, there’s no underpayment penalty; if you paid 79%, you get penalized under the normal rules.

If you don’t qualify for the 80% waiver, the next step is to look back at your tax return filed last year. Was your total 2017 tax bill less than or equal to the total tax you paid for 2018, including withholding and estimated tax payments? If you paid at least 100% of the prior year’s tax tab for 2018 (or 110% if your adjusted gross income is $150,000 or more), mark yourself safe from the underpayment penalty for 2018.

Meet the appropriate threshold, and there’s “no penalty at all,” says Charney. It’s a “get out of jail card.”

No luck so far with qualifying for relief? Sharpen your pencil. The U.S. tax system is “pay as you go”—that is, you are expected to pay tax on your earnings as the money comes in. But if your earnings and other taxable income came in unevenly over the year, the annualized income installment method might reduce or wipe away the underpayment penalty.

With this method, you calculate your tax tab for each quarter. So if an income spike in the fourth quarter caused you to underpay tax, using the installment method limits the underpayment penalty to that quarter. “It’s fairly complicated. It’s basically like doing your taxes four times,” says Luscombe, but it’s useful for those who can contend that more of their income came late in the year. For more details, read IRS Publication 505, Tax Withholding and Estimated Tax.

If you haven’t yet filed your return, do so by April 15 to avoid a failure-to-file penalty. If you can’t pay the full tax bill, figure out a payment plan. Go to www.irs.gov/payments for options.

If you fail to file on time or are penalized for not paying the amount shown due when you file, you can ask Uncle Sam to cut you a break. The IRS can waive penalties for first-time offenders, says Luscombe, but “you have to request it.”

To qualify for “first-time abatement,” you must have no tax penalties for the previous three tax years, all required returns filed, and have paid—or arranged to pay—any tax due. “Essentially, you have to have a clear record,” Charney says. Find more details at IRS.gov.

After filing your 2018 return, check up on your projected tax tab for 2019. The withholding calculator at IRS.gov can help you figure out how much tax to withhold from paychecks or retirement income sources, or how much you should pay in estimated tax. Consider paying 100% (or 110% for higher-income taxpayers) of your 2018 tax tab in 2019 to avoid a surprise when filing your taxes next year.

The IRS has $1.5 billion in refunds from 2016 waiting to be claimed. Is any of that money yours?
10 Tax Breaks for the Middle Class