A new charity-rating online tool measures the impact of every dollar donated to a particular organization. 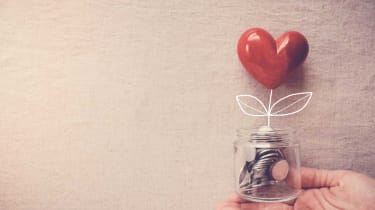 Most of us give to charity because we want to make the world a better place. But many donors fear that their contributions won’t be used efficiently or may even be misused.

ImpactMatters.org, a new charity-rating system, seeks to address those concerns with an online tool that measures the impact of every dollar donated to a particular organization.

For example, a $25 donation to Shared Harvest Foodbank, an Ohio-based charity, will provide a meal to 13 needy people, and $25 donated to Paralyzed Veterans of America will increase benefits claimed by a disabled veteran by $250, according to ImpactMatters’ analysis. Charities are given a one- to five-star rating. ImpactMatters bases its ratings on charities that serve the same cause so donors can make an apples-to-apples comparison.

Elijah Goldberg, executive director of ImpactMatters, says its system analyzes a wider range of nonprofits than GiveWell.org, which also measures cost-effectiveness but focuses on international charities.

Currently, ImpactMatters has rated about 1,000 charities, which is just a fraction of the thousands of charities eligible to receive tax-deductible contributions. Some charities that haven’t yet been rated receive a “governance report,” which Goldberg says is designed to provide donors with basic information and alert them to problems, such as egregious overhead expenses.