5 Things to Know About Mobile Wallets

A smart phone may soon replace your plastic. But don't ditch your credit cards yet. 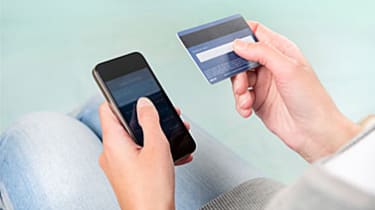 1. No pen or stylus required. There are two ways to use your smart phone at checkout. The first involves loading a cloud-based mobile application, such as LevelUp or Square Wallet. You then link the app to a bank or credit account and make payments by hitting a button on your phone or displaying a code for the cashier to scan. (You can also make cloud-based payments with PayPal at some stores by punching in your mobile phone number and a PIN at the payment terminal.) The other relies on near field communication, or NFC. Install a mobile app such as Google Wallet or Isis on an NFC-equipped phone and you can pay from the account you choose by tapping the phone on an NFC payment terminal.

2. It’s not just about the money. Some mobile wallets store your loyalty cards and reward accounts. With Google Wallet, you can automatically redeem discounts stored in the app when you tap your phone to pay at some Macy’s and Old Navy locations. Apple’s Passbook app lets you organize items such as coupons and movie tickets. The app can also check the time of day and your location to pull up an item you need to your screen, such as an airline boarding pass.

3. Your data is more vulnerable. When you use a credit or debit card through your phone, the same fraud protections you get with a plastic card apply, says Marianne Crowe, vice-president of payment strategies for the Federal Reserve Bank of Boston. Sign up with your carrier (or load a security app) for a service that disables your phone remotely if it is stolen. Before you use any mobile-payment app, research its security protections carefully. Safeguard your phone’s home screen and your wallet app with separate PINs, if possible.

4. Now for the fine print. A limited number of merchants accept mobile transactions (and those that do may or may not support your method of payment). For example, American Eagle Outfitters, Jamba Juice and Toys “R” Us are among those that accept Google Wallet and PayPal. Some wallets limit the debit or credit cards that you may use. Isis, for example, works only with its own prepaid card and American Express, Capital One and Chase credit cards. Sprint is the only major wireless carrier with a selection of devices that support Google Wallet. Isis is available on some NFC-equipped phones from AT&T, T-Mobile and Verizon, but it currently works only at stores in Austin and Salt Lake City, with plans to grow. Sorry, Apple aficionados: The iPhone doesn’t yet support NFC.

5. Are we there yet? Tech experts are predicting that swiping or tapping a phone to make purchases will become mainstream over the next decade. But consumers still seem to be satisfied with their low-tech, analog wallets, given the current lack of streamlined payment options that work everywhere and on any phone. And items such as driver’s licenses and insurance cards haven’t gone digital yet, notes Michael Katz, professor of economics at the Haas School of Business at the University of California at Berkeley. He suggests that bonuses and sweeteners — such as an automatic discount on, say, every fifth cup of coffee you buy at your favorite shop — would enhance the value of mobile wallets for many consumers.

The pandemic is speeding up the use of digital payments.
Sales Tax Holidays in 2020

Sixteen states are having sales tax holidays this year. If you plan your shopping around these tax-free periods, you can save big on back-to-school cl…
The Best Bank Accounts for You

Kiplinger's contributing editor Lisa Gerstner joins our Your Money's Worth podcast to unveil the best banks for all kinds of savers. Also, our hosts R…
13 Luxury Goods That Are Cheaper at Costco