Everything you need to know to set up your own private screening room.

Owning a home-theater system is rapidly becoming an affordable luxury. You'll find big savings on big screens; a 50-inch plasma set now costs $2,000, and prices are still falling. An audio/video receiver and a set of surround-sound speakers now go for $600 to $1,000, bringing the price tag for your personal cinematic experience to less than $3,000.

Plus, to assemble many systems, you no longer need to be an audio engineer. As prices have dropped, so has the degree of setup difficulty -- especially for speakers. To enhance your system, you can add a media streamer ($200 to $300) to your home computer so you can wirelessly send music, movies and photos to your home theater.

A professional installer may be called for if you envision a dream system in a dedicated home-theater room -- and you are willing to spend five figures or more.

The real trick now for the do-it-yourselfer is choosing the right components. So in addition to hardware choices, we've added primers on screen size and speaker specs, and provided a list of useful terms.

But first, our take on the eternal question: plasma or LCD? Either screen type measures only a few inches thick and is wall-mountable. Plasma is currently the better value, with many 50-inch sets selling for $1,000 less than comparable-size LCDs. Plasma's vibrant colors and deeper blacks make it the favorite for watching movies in a dark room. An LCD has a brighter screen and reflects considerably less light than a plasma, so it's best for daytime watching in a sunlit room.

If you want a really big image -- say, 100 inches or larger -- a front projector is the right call. It's best for a dedicated theater room, particularly one with an uninterrupted white wall that can double as a movie screen. 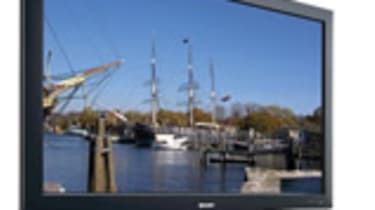 For bright rooms: The Sharp Aquos LC-52D62U is a 52-inch LCD with excellent color and clarity, and a built-in HDTV tuner. Plus, for an LCD, it delivers unusually deep black levels. Price: $2,600. 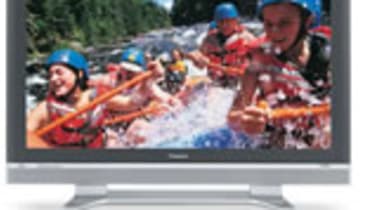 For darker rooms: The Panasonic TH-50PX6U 50-inch plasma has a great picture and a good price (a new model is due to come out soon). It also has a built-in HDTV tuner. Price: $2,000. 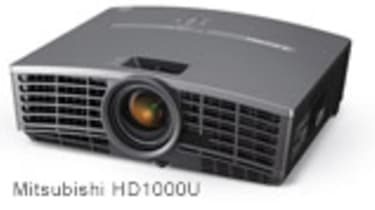 For the (really) big picture: The Mitsubishi HD1000U is a high-definition front projector and features advanced color technology. Price: $1,000

How big should my screen be?

A true home theater requires a big screen. But you don't want it to be overwhelming -- as if you were sitting in the front row of an Imax theater. The proper screen size depends on how far you sit from the TV, which in turn depends on sofa placement and room size.

New guidelines vary for HDTV screen size, but Hewlett-Packard's formula is easiest to remember: Divide the screen size by five. The answer is the approximate number of feet you should sit from the screen. With a 50-inch HDTV, for instance, 10 feet is the best viewing distance.

This isn't a hard-and-fast rule, though. According to Envisioneering Group research director Richard Doherty, you should sit within 8 feet of a 52-inch HDTV set that can display the highest-definition images in order to appreciate the full detail of its resolution.

The skinny on speaker specs

Before buying audio components, examine your theater space carefully. How big is it? Is it completely enclosed, like a bedroom or basement, or does it open into a kitchen or dining room? Does it have a cathedral ceiling? For a medium-size space -- say, 150 to 250 square feet -- a 5.1 surround-sound system should do the trick. This setup includes three front speakers, a left and right surround speaker, and a subwoofer. A 6.1 system adds a rear speaker, which is useful in a family room without a rear wall. "If you can't bounce sound off a back wall, putting a speaker back there can help," says Ray Lepper, president of Home Media Stores, a Richmond, Va., company that designs and builds custom home theaters. A 7.1 system adds an extra speaker.

Too many speakers? Consider a virtual surround system, which uses only one or two speakers to create a faux surround-sound effect. Such a system is less expensive than a full-size surround-sound speaker package -- expect to pay $400 to $800 (see the Sony DAV-X1V). 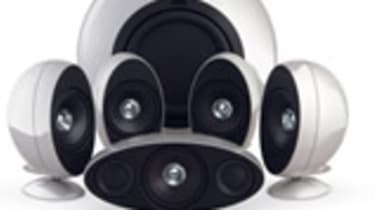 Stunning sound is essential. You'll want to feel the rumble of fighter planes and hear the tinkling of car keys. While many surround-sound speakers produce great audio, few do it with the style of KEF's KHT3005 set ($1,500). This 5.1 speaker package envelops the listener with sound The speakers are compact, yet they're powerful enough for most living-room theaters. Unlike conventional boxy speakers, their eggshell design is meant to be showcased, not tucked away in a cabinet or wall, and conveys a certain audiophile panache. And although this set doesn't fit into our $3,000 budget, it's a good pick if you've got the urge to splurge. 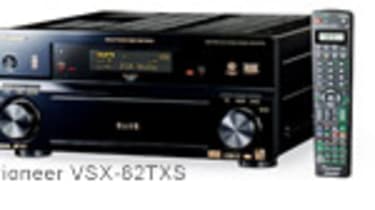 A home-theater enthusiast's dream, the Pioneer VSX-82TXS receiver ($900) is ideal for someone who really enjoys fine-tuning audio and video. Its rear panel has a generous assortment of connections for hooking up just about any A/V device you can think of, and the VSX-82TXS can upscale a lower-quality video signal to near high-def quality. Yes, it's overkill for the casual user, but it's nirvana for the theater buff. [page break]

Home theaters in a box 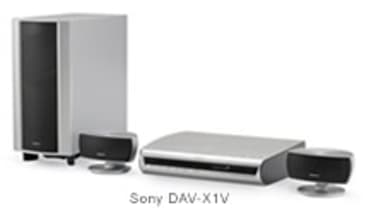 Rather than buying separate components, you'll save money with a home-theater-in-a-box (HTIB) system, which works well in small to medium-size rooms. A 2.1 virtual surround system, such as the Sony DAV-X1V ($700), has two satellite speakers, a subwoofer and a combination receiver/ five-disc DVD changer. It's simple to install -- the 3-inch-tall speakers fit just about anywhere -- and the receiver is slim and easy on the eyes. The DAV-X1V delivers clear, crisp audio for movies, even if it lacks the knock-you-on-your-heels kick of higher-end audio gear. If you're wary of large, boxy speakers and too many wires taking over your family room, this petite package is worth a listen. 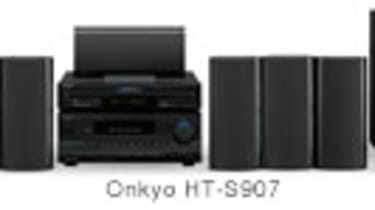 Need an HTIB system for a large room? The Onkyo HT-S907 ($750) is a 7.1 powerhouse that delivers full-throttle audio at a reasonable price. The black exterior minimizes the look of the massive, 25-pound subwoofer and boxy satellite speakers. Make sure you have enough cabinet room for the receiver and six-disc DVD changer. The HT-S907 delivers impressively clear dialogue, teeth-rattling explosions and superb music. A system this meaty is overkill for the average den, so don't get one unless you've got a room with 250 square feet or more.

What's next for wireless 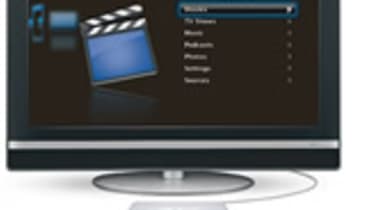 In this era of digital music and movies, much of our entertainment resides on our computers. If you're an iTunes aficionado, for instance, you might have gigabytes of songs, TV shows and movies on a PC or Mac. How do you play them on your new home theater? You could go with a cable, but try a media streamer. These wirelessly route digital media where you need it. Streamers have been around for a few years, but the genre is getting a high-profile boost with the recent launch of Apple TV ($300), a cigar-box-size gizmo that sends your music, movies and photos to your audio/video center. Says David Carnoy, executive editor for Cnet electronics: "Apple TV won't do anything earth-shattering compared with what's already out there, but the Apple model works in a way that makes it seem simpler and sexier."

When it's time to hire a pro

Some home theaters are not do-it-yourself projects. When Craig Dunbar decided to build a home theater on the third floor of his Midlothian, Va., home, he hired a pro. "I'm tight with my money, but this is one area where I didn't want to cut corners," jokes Dunbar, a financial adviser. He hired Home Media Stores to design his system, which cost about $27,000. It was money well spent, he says. The craftsmanship is top-notch: Speakers are hidden in the walls, there are no wires to trip on, and the audio and video are superb. The room seats 19 people, and it's ideal for hosting big crowds at Dunbar's Final Four and Super Bowl parties, he says. To view the Dunbar family's home theater, go to www.homemedia.com/project/gallery5.shtml.

Front projector. This compact device displays a high-definition image on a large wall or screen like a movie-theater projector. It's best for when you want a giant picture in a dedicated home-theater room. Is your room bright? Then forget it. The picture will look washed out.

HDMI. High-Definition Multimedia Interface, an all-digital audio/video connection. It's the de facto standard for high-def consumer equipment. By using a single cable for audio and video connections, it simplifies HD setup. You'll need an HDMI cable ($10 to $60, depending on length) to connect your HDTV to a cable or satellite box.

Rear-projection TV. A bulky HDTV set that costs less than an LCD or plasma model. But it's more expensive in the long run because its pricey bulb must be replaced every two to three years.

Surround sound. A multi-channel audio system that uses a special receiver and multiple speakers to envelop the listener in sound, simulating a movie-theater experience.