Switching to one of these cable TV alternatives can save big bucks and reduce hassles. 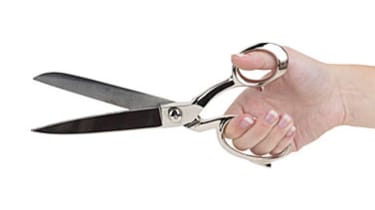 The long list of cable channels that you never watch. The skyrocketing bills — and the battles with your provider's customer-service department to return them to earth. The fees for everything from equipment installation to service calls. Those are just a few of the reasons you should consider cable TV alternatives.

Dealing with a cable or satellite-TV provider is frustrating — and costly. According to the Federal Communications Commission, the average cable bill is $62 a month, or $744 a year. And prices can go a lot higher depending on the plan you choose. You could be happier (or at least richer) if you ditched cable and took advantage of the growing options for watching TV shows and movies online instead.

And yet we have a complicated relationship with our cable providers. A recent survey by CouponCabin.com found that 45% of U.S. adults think that cable TV is a waste of money. But even though the alternatives to paid TV are becoming more compelling, most people are resisting change. About 86% of households with a television set still subscribe to a "multichannel video service," such as cable or satellite TV, says Bruce Leichtman, president of Leichtman Research Group. Subscriptions have declined by just one percentage point over the past couple of years. Instead of replacing cable, many customers are adding Internet video options to their palette. "It's more of a supplement than a substitute," says Leichtman.

That means people are likely spending more money on video than the numbers show. But unless you are addicted to watching Mad Men on Sunday nights or you're an avid sports fan, you can probably get your TV fix from the Web via streaming video for a lot less money. The usual suspects, such as Netflix and Hulu, continue to provide access to large collections of movies and previously aired TV shows.

And a start-up called Aereo is testing the waters for streaming more TV online. For $8 a month, subscribers can view programming live from major broadcast networks and local channels and record shows to view later. Aereo is available in a few cities now, and it has plans to expand. The company has clashed in court with broadcast networks about the legality of its business, but so far Aereo has prevailed.

Methods of slinging Web video beyond your PC screen are expanding, too. Google, for example, recently introduced a $35 device the size of a USB flash drive called Chromecast. Plug it in to any HDTV and you can stream content wirelessly from compatible services, including Netflix and YouTube. Your computer, tablet or smart phone acts as a controller (see the box at left for more on Web-to-TV streaming devices). Video services are also responding to customers' increasing appetite for viewing programs on their mobile devices by offering smart-phone and tablet applications.

For many, watching TV without paying for it means going back to basics: setting up an antenna to pick up programming on local broadcast stations. Go to www.antennaweb.org, enter your address or zip code, and the site will pull a list of available TV stations as well as the type of outdoor antenna required to get a signal from each. (Bonus: You may find that your HDTV reception using an antenna is sharper than with cable or satellite.) You should be able to get stations that have strong signals using an indoor antenna (a good one may cost $40); for weaker signals, you'll need a good outdoor antenna ($50 to $100 or more).

Hulu.com is the hub for viewing TV shows from participating networks online. Typically, you can stream the five most recent episodes of a show's current season free, and programs usually pop up on the site the day after they air on TV. (Fans of Fox shows have to wait eight days after an episode's air date to watch it online — except for subscribers to eligible cable or satellite services.)

Upgrade to the $8 monthly Hulu Plus service and you'll get access to a wider selection of TV and movies — including full seasons of TV shows — as well as the ability to stream many shows through compatible devices, such as smart phones and the Roku box. If you can't find a show free on Hulu, check the station's Web site (current-season episodes of some CBS shows, for instance, are at CBS.com but not Hulu.com).

If you can't stream a TV show free, look into buying episodes from services such as Amazon Instant Video or iTunes. You may be able to purchase the full season of a show for less. For instance, buying the 22 episodes of Scandal's second season in HD on iTunes, at $3 a pop, would total $66; buy the full season and you'll pay only $30. Through Amazon Instant Video, order a TV Pass to get discounted episodes of current-season TV shows as soon as they are released.

Netflix's $8 monthly streaming service doesn't carry new, current-season episodes of popular network and cable-TV shows (though you'll find previous seasons of many programs). But Netflix has waded into creating original shows, such as House of Cards and Orange Is the New Black, that have proved popular with viewers. (In fact, the critically acclaimed House of Cards is now on sale through other streaming services.) And rather than use the standard model of releasing new episodes periodically, Netflix has made new full seasons available all at once.

Get Movies On Demand

By watching movies online, you can keep the stacks of DVDs filling your cabinets from getting any higher. To see the newest releases, you'll typically have to rent or buy them individually, rather than use a streaming subscription service. Amazon Instant Video, Blockbuster On Demand, CinemaNow, iTunes and Vudu all have movies that you can rent or purchase on demand.

When you rent a movie, it will be available to you for some period, typically 30 days. You'll usually have one to two days to watch it once you've started it. If you purchase a movie, you can watch it anytime, and you may be able to download it to certain devices. At www.canistream.it, enter the name of a movie and the tool shows which services offer the film for rent or purchase and how much you'll pay. If a movie is not available on a service you prefer, you can sign up to get an alert when it arrives.

With the Netflix streaming option, you can access plenty of movies but typically not new and popular ones. If you're a heavy watcher of the latest releases, Netflix's DVDs-by-mail service may be more cost-effective (though less convenient) than renting movies a la carte from other providers. Redbox Instant by Verizon has a smaller library of older films to stream (no TV shows), but for $8 a month you also get four DVD rentals from Redbox kiosks, where you'll find newer releases.

Trim Your Cable Instead?

If you prefer not to dump your cable or satellite provider, consider cooling the relationship. If you subscribe to hundreds of channels that you don't watch, downgrade to the basic service. Take stock of whether you're using all the features that your package offers. For example, you could return any cable boxes around the house that you rarely use. If a promotional deal ends and your bill shoots up, call your company and ask whether you can enter a new promotion. Research the offerings of competing services and be prepared to request a price match. Threatening to switch providers may be the prompt the cable company needs to give you a better deal.

A large family may find more value in a cable subscription than an individual would, says Sam Rosen, of ABI Research, a technology research firm. And the case for cable strengthens if your provider has its own streaming services. HBO subscribers, for example, get unlimited access to the premium channel's content online using HBO Go, and you can stream it to devices such as Apple TV and Roku.

For an all-around sports enthusiast, a cable or satellite package that includes ESPN and other sports networks is probably the way to go, though you can catch some sports programming on broadcast TV if you install an antenna. At WatchESPN.com, you'll need a paid-TV subscription to access much of the content. But those who use participating Internet service providers can view ESPN3 content through the site, which includes some college athletics, golf, tennis and other sports.

If you're partial to a sport that offers a Web streaming package, you might get by without cable — but you'll often have a hard time catching the home team play because of blackout policies that bar coverage of games in a team's local market. Baseball fan? Subscribe to MLB.TV for $110 a year and watch live games of any Major League Baseball team that is not in your region. With the $130 yearly premium package, you can stream to compatible devices, such as Roku and Apple TV. For National Basketball Association and National Hockey League fans, NBA League Pass Broadband ($180 early-bird price for the 2012–13 season; 2013–14 prices unavailable) and NHL GameCenter Live ($169 for a full season in the past) also provide streaming video of live out-of-market games.

In general, DirecTV customers are the only folks who can watch any out-of-market National Football League game live, through the satellite provider's NFL Sunday Ticket package. But if you can't use DirecTV for some reason — say, your landlord won't allow a satellite dish to be installed on your apartment building's roof — you can stream Sunday Ticket online for $300 in the 2013 season without using regular DirecTV service.