Skip to headerSkip to main contentSkip to footer
Spending

Sebelius: Not a Bad Also Ran

Kansas Gov. Kathleen Sebelius is no Tom Daschle, but she's a pretty good Plan B to head up the Department of Health and Human Services.

She doesn't bring Daschle's Capitol Hill experience and personal relationships with key players in the the various Washington power centers that will determine the shape and, ultimately, the success of efforts to overhaul a national health care system on the verge of collapsing under its own weight. However, Sebelius also doesn't have Daschle's considerable inside-the-Beltway baggage and she has skills he was plainly lacking -- a strong and bipartisan relationship with the nation's governors and practical experience running and changing a state health care system as both governor and state insurance customer.

Nonetheless, there is no doubt Obama misses Daschle, who worked on numerous health care issues as Senate Democratic leader and wrote a book about reform after leaving Congress. Daschle was not just going to head the sprawling HHS under Obama but he would have headed up a special White House office to spearhead the administration's reform effort. But while Sebelius will have a huge role as HHS secretary, Obama is now splitting those jobs into two. (Nancy-Ann DeParle, director of a health information services company who served in the Clinton administration and was on the shortlist for the HHS job, is tackling that job.)

Sebelius walks into the job with the advantage of having already been both bloodied and victorious in health care fights.

Expanding coverage was one of her priorities when she campaigned for governor, but the Republican legislature refused to buy her proposal to raise the cigarette tax to pay for that expansion. In the upcoming battle -- exponentially more difficult both politically and technically -- she would still have to work closely with Republicans but this time her party will be in the majority and far more cooperative. She is respected by many GOP governors as a pragmatist and has strong and supportive ties with both GOP senators. One especially, Sen.Pat Roberts, could prove to be a crucial ally: He's a member of the Senate Finance Committee and Health, Education, Labor and Pensions Committee, which will both play central roles in any reform legislation. 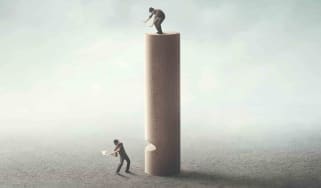 The need for charity is climbing, particularly to combat the rising poverty, hunger and homelessness from the pandemic’s economic fallout. Here's how …
11 Costly Medicare Mistakes You Should Avoid Making