Merging Their Money and Their Goals

Here's how a young saver made the most of $25,000 -- and successfully joined his financial life with that of his significant other. 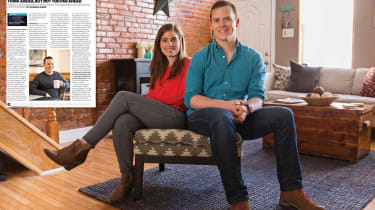 Ian Mackinnon, an engineer for Sunoco, had an unusual problem for a 26-year-old: He had $25,000 in a savings account and wanted advice on how to invest it for a higher return. His financial goals in 2011, when our story appeared: continue saving for retirement in his 401(k), to which he was contributing 15% to 20% of his salary, and at some point buy a car and a house. He was also adamant that he keep some of his savings in cash as an emergency fund. We recommended putting $10,000 in cash accounts, $5,000 in a Roth IRA and the remaining $10,000 in two growth-oriented mutual funds from Vanguard. Our one warning to this millennial supersaver: A serious relationship could “upset his financial applecart.” We suggested that he and any significant other consult a financial planner before commingling their finances.

Six years later, Mackinnon has checked off all three of his goals. The Vanguard funds did well, and over the next few years Mackinnon kicked in another $2,000 to each of them, resulting in a total balance of about $19,000. He used that money, along with another cache of savings he had invested on his own—“The initial $25,000 was just fluff I had sitting in a savings account”—to put a $60,000 down payment on a two-bedroom row house in downtown Philadelphia. He also bought a Volkswagen Jetta, financing the cost over five years; he recently retired the loan.

Mackinnon continues to save in his 401(k), but with a new employer—Edmund Optics, in Barrington, N.J., where he works as an engineer in sales. He contributes 6% of his salary, enough to score the company’s 3% match. Because he works partly on commission, he is holding off on contributing more until he has a better handle on his annual earnings.

So what about the significant other? That would be Devon Madison, 27, an assistant principal at a charter school near their Center City home. Madison more than pulls her weight in contributing to the household finances—if anything, Mackinnon says, “I’m afraid I might upset her applecart.” The couple have yet to consult a financial planner, but together they have set several new financial goals, including buying a bigger house and renting out their current one in a few years.

As for their more immediate goal, Mackinnon and Madison will formally commingle their futures along with their finances this spring, when they tie the knot.

It is with a heavy heart that we report that the author of this story, Jane Bennett Clark, died in March of injuries suffered in a tragic accident. Jane was one of the finest reporters and writers ever to work for Kiplinger’s Personal Finance magazine. This is one of two stories she wrote for the issue that had just gone to press at the time of her very untimely death.