Why You Need a Snappy Comeback

How to respond to kids' exasperating -- and embarrassing -- questions about money.

Editor's note: This article is adapted from the book, Raising Money Smart Kids. Buy a copy for even more great parenting advice.

Over the years I've learned that when it comes to money, kids ask the darnedest things. Parents on the receiving end find their children's questions:

It's from family discussions about subjects like these that children will learn their most lasting lessons about the value -- and the values -- of money.

Unfortunately, kids and their questions can't be scripted. On the contrary, you can count on their catching you off guard, when you're least prepared to answer. Ill at ease or in a hurry, we've all given our children the bum's rush at one time or another, with an abbreviated, even abrupt, response -- usually along the lines of "Yes," "No," or "Maybe."

In the "yes" group are parents who take the path of least resistance -- or maybe they just like to spend money. "Since she's been born, I've hardly bought anything for myself. I'd rather spend on her," one parent told a reporter in a story on the booming market for infant clothing and equipment. Said another parent, "My kids have tons of stuff, but if they want something, I just don't know how to say no." And these kids are barely old enough to ask for anything. Imagine the scene when they really turn up the heat at age 8 or 16 -- or 21 or 35.

At the other extreme are parents who respond with a knee-jerk "no" that's commendable but ineffective. Their strong stand is undermined by a shaky foundation, because they don't bother to explain why they're denying whatever it is their kids want.

In the vast middle -- and we've all been there -- are the wafflers, who, when put on the spot, respond with a resounding "maybe" in any of its forms: "We'll see." "I don't know." "Go ask your mother/father." "Do you think I'm made of money?"

For lack of a great comeback, we take refuge in the flip response, the old cliche, the evasive answer -- anything to avoid the question. And we miss a golden opportunity to teach a mini-lesson in money values. Besides, kids are people, too, and they deserve to have their questions taken seriously and answered thoughtfully.

So in Raising Money Smart Kids, you'll find questions that, in one form or another, your kids are bound to ask you at some time. For each question, I'll offer a response that will get you out of a jam, fill a void, smooth over an awkward moment, satisfy your children's curiosity, and leave them with something to think about so they're less likely to bring up the subject again.

For example, suppose your child is trying to play off one parent against the other -- a classic kid ploy: "Dad, can I have money for a new videogame? Mom says no, but all the other kids have it."

Tell your child that if Mom (or Dad) says no, the answer is no. There are lots of other issues here -- whether you can afford the game, whether you should cave in to your child's peer pressure, whether your child should buy the game with his or her own money. But in a situation like this, your most important consideration is to stand by your spouse. If you do, chances are you won't hear this question again. If you crack, your action (and your child) will come back to haunt you.

If you really disagree with your spouse, or if your child is exploiting a sore spot between the two of you, you and your spouse should talk it over afterward to agree on a response. But this is one discussion that doesn't have to take place in front of the children. 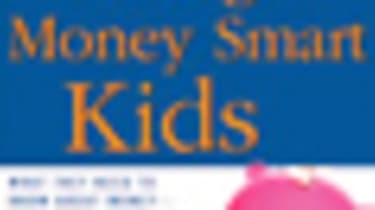