Where to Keep Your Savings Now

If you're hoping to earn a decent return on your money, the best place to stash it depends on how soon you'll need it. 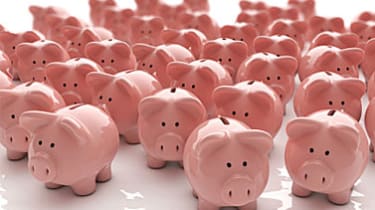 "My CD matured. Where can I get a decent return on my money now?"

Call it an opportunity, not a problem. After all, how often do you latch on to a chunk of cash that's not already earmarked to pay tuition or fix the furnace? Take your time to construct a plan. "Go very slowly," says Joseph Quinlan, chief market strategist for U.S. Trust. Leave the cash in savings or checking temporarily, even if you earn zero interest for a spell. It's not as if forgoing a few days of slightly higher interest will deprive you of a gleaming new BMW.

If you took out the CD a few years ago, when banks were still paying respectable interest rates, you might have thought of it as an investment. But now, with rates as low as they are, think of the money as savings. And the way to manage savings is to earmark the money for when you’re going to need it: immediately, in a few years, or perhaps not for ten years or more. That will point you toward the best place to put the money now.

Your current bank is almost certain to offer so little in interest that it makes sense to open, or add to, a deposit account at an online bank. Although a yield of about 1% may not seem like much, you'll have instant access to the money — without fees and with Federal Deposit Insurance Corp. protection. If you were treating the CD as an emergency fund, that’s all the more reason to put it in this type of account. If six-month or one-year CD rates begin to outpace what the online savings account pays, you can put some money into a short-term CD and repeat the procedure every three or six months so that you’ll benefit as rates ease upward throughout the year.

Many people take out CDs to make sure they'll have cash at a specified time — say, to pay tuition or invest in a family business. Although we don't know what interest rates will be in 2017 and beyond, we see no profit in locking in a CD yield today. As long as the Federal Reserve restrains the cost of credit — and that's a certainty at least into the first few months of 2014 — you can comfortably house the money in a short-term, low-risk, low-cost bond fund. We like Vanguard Short-Term Investment-Grade (symbol VFSTX, current yield 1.6%) and Baird Aggregate Bond (BAGSX, 2.9%). You maintain overnight access to the money (so it still counts as savings), and you should be able to realize a total return of 3% to 5%.

If you already have cash in the bank or some other supersafe place, taking a moderate risk is likely to be worth the reward. Because long-term bond yields aren’t high enough to justify a possible loss of principal over the next several years, we suggest you move part or most of the CD proceeds into exchange-traded funds or stock or balanced funds that pay 2% to 4% in interest or dividends. (Again, you may want to leave part of the balance in a savings account as an emergency fund.) You can reinvest the investment income as you receive it, a plan that lets you buy some fund shares when they are cheap and others when they are not so cheap.

All the while, watch those bank rates. If you get a chance to buy a CD that yields more than, say, a fund that follows Standard & Poor's 500-stock index (currently about 2%), you may want to go back to the bank, especially if you have other money, such as an IRA, in the stock market.

Kiplinger's contributing editor Lisa Gerstner joins our Your Money's Worth podcast to unveil the best banks for all kinds of savers. Also, our hosts R…
Resources for alternative forms of transportation needed by many older adults

For many older adults, having an alternative mode of transportation may be the difference between independence and social isolation.
The Best Bank for You, 2020 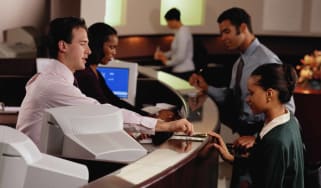