Where Clinton and Trump Stand on Climate Change 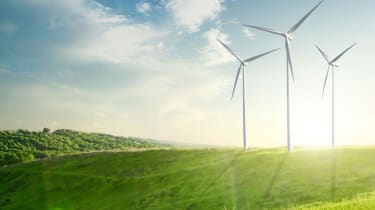 Key differences: Couldn’t be starker. Clinton believes in the science of climate change. Trump rejects it. Clinton wants to invest in a clean energy infrastructure to diminish burning of fossil fuels. Trump wants to free up more exploration and development of fossil fuels, including coal.

Key Clinton quote: “If we were the clean energy superpower of the 21st century, we would create millions of new good jobs and businesses, and we would transition away from fossil fuels and help the climate at the same time.”

Clinton's goal is to see 500 million solar panels installed in the U.S. by the end of her first term, generating enough renewable energy to power every home in the country and reducing oil consumption by one-third. She also wants to launch a $60 billion Clean Energy Challenge that would aid sustainable energy efforts in states, cities and rural communities. Economist Kenneth Gillingham at Yale University’s School of Forestry and Environmental Studies says that her goals are highly ambitious. They assume that each home system has 25 200-watt solar panels. There now are about 1 million households in the U.S. with solar panels, and according to the Office of Energy and Renewable Energy, installations have grown to an estimated 30 gigawatts — enough to power 5.7 million homes. “Given that there are 125 million households in the United States in 2015, having roughly 20 million with solar panels by 2021 doesn’t sound absolutely crazy,” Gillingham says, “but it would be an incredible market growth over what we have today."

At the Democratic National Convention, Clinton declared, "I believe in science. I believe that climate change is real and that we can save our planet while creating millions of good-paying clean energy jobs.”

Trump scoffs at climate change. He would cut funding to the Environmental Protection Agency, stop supporting or subsidizing United Nations global warming programs, and withdraw from the Paris Agreement (an international pledge to lower emissions). According to Gillingham, leaving the Paris Agreement could have a big impact. “The Paris Agreement is likely to lead to real reductions in greenhouse gas emissions around the world,” he says. “Many of these would happen regardless of what the United States does, but some likely will not, and any additional new efforts to address climate change would hit a brick wall.”

Trump has also set a goal of achieving American energy self-sufficiency if he is president. But Gillingham and other experts note that global energy markets thrive on trade, not energy independence. Gillingham says, “The thought of the United States leaving these [import and export] markets altogether is absurd and would leave billions of dollars on the table, most likely hurting both U.S. consumers and domestic oil and gas producers.”

In his speech at the Republican National Convention, Trump said he would lift restrictions on production of American energy, including coal. Regulation, said Trump, “is one of the greatest job-killers of them all” and that “excessive regulation is costing our country as much as $2 trillion a year.” 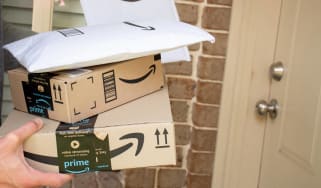 Having an Amazon Prime membership isn't just about Amazon Prime Day. From Amazon for Students to Amazon Music, the benefits of Amazon Prime are far re…
19 Best Costco Kirkland Signature Products to Buy for the Holidays