Do’s and Don’ts Of Grandparenting

Avoid overstepping boundaries, passive-aggressive comments and outright criticism, or risk being exiled from seeing the little ones. 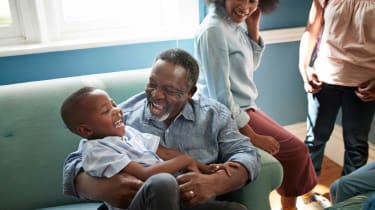 Ellen Miller, 71, gave her grandsons their first taste of ice cream. She didn’t think anything of it until she saw her daughter-in-law’s face drop after Miller returned home from the ice cream parlor with the boys. She immediately realized she’d stepped over the line and apologized. “If I make a mistake, I’ll tell them,” says Miller, a licensed clinical social worker in Potomac, Md., and “Nana” to five grandchildrenbetween the ages of 4 and 11.

Fortunately, Miller received forgiveness for her misstep. But some grandparents aren’t so lucky. Jane Isay, author of Unconditional Love: A Guide to Navigating the Joys and Challenges of Being a Grandparent Today (Harper Paperbacks, $17), has seen grandparents lose time with grandkids or even be exiled from their children’s families after years of overstepping boundaries, passive-aggressive comments or outright criticism.

“[Adult children] read our breaking their wishes as disrespect,” says Isay. “Being right and losing your grandchildren is just not worth it.” If you go behind the parents’ back to allow sweet treats, forbidden movies or late bedtimes, it’s unlikely to stay secret for long.

When you become a grandparent, you gain the opportunity to forge a new relationship with your adult children and children-in-law, based on respect and deference to their primary role as parents. The key is to remember that you’re a supporting player now—and they’re the gatekeepers to your grandchildren. That means no unauthorized haircuts or special moments, such as the grandkid’s first library card. Don’t feed a vegan child meat or slip vitamins to grandkids who scorn vegetables. Unless the situation warrants a call to child protective services, respect the parents’ right to make even the wackiest choices for their own family.

“There [are] two types of grandparents people have problems with: underinvolved or overinvolved. There’s a big fat middle to shoot for,” says Margaret Ables, host of the “What Fresh Hell” parenting podcast and Pleasantville, N.Y.–based mom to three young children.

Follow the parents’ lead as to how they want you involved, whether that’s cheering at basketball games, hosting holidays or babysitting, Ables says. Suggest opportunities but be flexible if your plan isn’t a fit.

Recognize that parenting has changed since the days when you were in charge, from the extended use of car seats or the modern recommendations to place babies on their backs to sleep. “You want to be grateful for the time you get, and make the most of it,” says Susan Newman, a social psychologist and author of Little Things Long Remembered: Making Your Children Feel Special Every Day (Iron Gate Press, $9).

You can enjoy the grandparent role to the fullest by sidestepping the most conflict prone areas. That includes politics and religion. Get along with everyone in your grandchildren’s lives, even if that includes your awful ex-spouse and their new partner. Limit gifts to the type, quantity and cost that the parents wish.

Don’t stop by uninvited. Don’t give unsolicited advice or make passive-aggressive comments. Don’t comment on lifestyle choices, such as less-than-stellar housekeeping. Don’t keep score, even if it seems as if the other set of grandparents are closer with the grandchildren than you are. “Your grandchild’s love is not pie, where if someone gets a piece you’re going to miss out on the next piece,” Ables says.

Young children have a remarkable ability to focus just on the present moment, so enjoy it. “They have no sense of time. When they see you, they’re thrilled,” says Isay, who encourages the use of technology to connect with far-away grandkids.

Control your irritation at how your children discipline—or don’t discipline—your grandkids. You can grit your teeth through a few meals with terrible table manners if it means more time with your beloved grandchildren. Show concern and support for the parents, rather than just focusing on the offspring.

Your efforts will be rewarded. Many parents face limited time and resources, and they often welcome grandparent support, if given with respect and no strings. “The time, the attention and money of the grandparental generation is going to save this generation,” Isay says.