Thriving After an Early Retirement

Being debt-free allowed Myrna Oliver to move confidently into retirement after a late-career layoff. 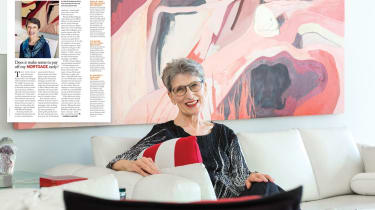 When we featured Myrna Oliver in the December 2007 issue of Kiplinger’s, she was 64 years old and had met her goal of retiring the mortgage on her downtown Los Angeles condo before she retired from her job. Oliver had paid off her 7.5% loan eight years early, when she was 60, and then boosted her 401(k) contributions. After she received a buyout offer from the Los Angeles Times at age 63, she took a year off to travel. “Having a paid-off mortgage gave me the freedom to take early retirement,” she said.

She’s grateful that she has retirement income from a pension, Social Security and savings. But without a cost-of-living adjustment to her pension, she has had to use more money from her savings each year to cover her expenses. Oliver waited until she had to start taking required minimum distributions before touching her 401(k). “I learned to live on less until then, but at 70, I started spending more freely,” she says. “I’m getting older, and I might as well enjoy life.”