Lancaster City, Pa.: A Great Place to Retire for Your Health 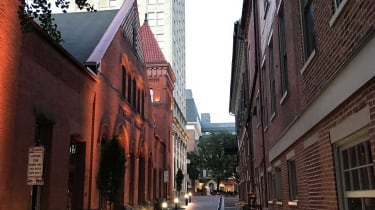 The Costco in Lancaster City has designated parking for horse-drawn buggies, a reminder that Lancaster County is home to the largest Amish community in the U.S. But while Lancaster offers an abundance of bucolic charm, it also provides plenty of urban amenities.

Over the past 15 years or so, the city has revitalized. Franklin & Marshall College expanded, Penn Medicine built an anchor campus, and the city gained a baseball stadium and a convention center. It’s one of 10 small or midsize cities we found that offer first-class health care

Downtown’s focal point is the Central Market, a grand, red-brick building where, three days a week, local farmers, bakers, butchers, flower growers and dairies sell their wares. From the market, it's an easy walk to boutiques, coffee shops, Gallery Row, the Fulton Theatre and the Ware Center for theater and other performing arts. Locals turn out for First Fridays, when galleries and other venues stay open late, and for Third Fridays, to hear music. Baseball fans can catch a game at Clipper Magazine Stadium, home to the Lancaster Barnstormers baseball team.

The county’s population is growing, as is suburban development. But to preserve the county’s rich land and verdant vistas, 106,000 of its roughly 610,000 acres have been preserved with agricultural easements in perpetuity, says Lisa Riggs, president of the Economic Development Company of Lancaster County. Within 15 minutes’ drive of downtown, you can find yourself surrounded by rolling countryside dotted with huge farm homes, well-kept barns and many farm stands, some operating on the honor system.

The countryside attracts bicyclists, and the county has an expanding “rails to trails” network that both walkers and cyclists enjoy. The Susquehanna River Water Trail lures fishers, boaters and birders.

The inventory of homes for sale in the county is slim, particularly when it comes to the type popular among retirees—single-story homes with a master suite—says real estate agent Jeff Peters. But housing is relatively affordable, especially for retirees who have sold a home in an expensive metro area. For about $300,000, you can get a two-bedroom condo downtown, a fully renovated rowhouse, or a single-story, two-bedroom home in a 55-plus community. To meet rising demand, new rental communities are springing up everywhere, with monthly rents ranging from $1,400 to $1,800, Peters says.

The county has at least 20 55-plus or continuing-care retirement communities, says John Swanson, president of CCRC Willow Valley, which is located five minutes south of downtown. The community offers a variety of housing, from apartments to single-family homes.

The largest health care facility is Lancaster General Health, part of the University of Pennsylvania Health System. Pinnacle Health, in Lancaster and Lititz, is part of the University of Pittsburgh Medical System. Penn State Health is building a large outpatient facility in the county, and its flagship facility, the Milton S. Hershey Medical Center, is less than an hour away.

Pennsylvania offers retirees some of the most generous tax breaks in the U.S. Withdrawals from 401(k) plans, IRAs and other retirement accounts are state-tax-free. Social Security benefits and pensions are also excluded from taxes.

Lancaster is an hour-and-a-half drive from Philadelphia and Baltimore, two and a half hours from the Jersey shore and Washington, D.C., and three hours from New York City. Harrisburg International, 35 minutes away, offers direct flights to airports across the country.

From reading materials to debt, the demands on your savings during your golden years might surprise you.
Retirees, Create An Emergency Fund for Rental Property

Build a cushion to protect your income from an unforeseen crisis.
Skip to ContentSkip to Footer