Avoiding these frequent flubs will save you money and a tangle of red tape. 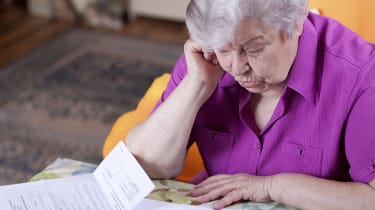 Medicare can be so complicated. What are some common mistakes I should watch out for when signing up for coverage or picking plans to fill in the gaps?

Open enrollment for Medicare Part D and Medicare Advantage plans runs from October 15 to December 7 every year, and it's a good time to review all of your options. The cost and coverage can vary a lot from year to year—some plans boost premiums more than others, increase your share of the cost of your drugs, add new hurdles before covering your medications, or require you to go to certain pharmacies to get the best rates. And if you've been prescribed new medications or your drugs have gone generic over the past year, a different plan may now be a better deal for you.

It's easy to compare all of the plans available in your area during open enrollment. Go to the Medicare Plan Finder and type in your drugs and dosages to see how much you'd pay for premiums plus co-payments for plans in your area. See It's Time for Medicare Open Enrollment for more information about picking a plan.

2. Automatically buying the same Part D plan as your spouse.

There are no spousal discounts for Medicare Part D prescription-drug plans, and most spouses don't take the same medications—one plan may have much better coverage for your drugs while another may be better for your spouse's situation. "You need to look at the coverage for your specific drugs," says Tricia Blazier, of Allsup Medicare Advisor, which helps people with their Medicare decisions. You can each type in your drugs and dosages at the Medicare Plan Finder to estimate out-of-pocket costs for each of you under the plans in your area. Just be careful if you and your spouse sign up for plans with different preferred pharmacies—some plans only give you the best rates if you use certain pharmacies, so you could end up paying a lot more if you get your drugs somewhere else.

3. Not checking that your doctors, hospitals and other providers are still covered by your Medicare Advantage plan each year.

If you choose to get your coverage through a private Medicare Advantage plan, which covers both medical expenses and prescription drugs, you usually need to use the plan's network of doctors and hospitals to get the lowest co-payments (and some plans won't cover out-of-network providers at all, except in an emergency). As with any PPO or HMO, it's important to make sure your doctors, hospitals and other providers are covered in your plan from year to year. You can switch Medicare Advantage plans during open enrollment each year from October 15 to December 7, and you can compare out-of-pocket costs for your medications and general health condition under the plans available in your area by using the Medicare Plan Finder. After you've narrowed the list to a few plans, contact both the insurer and your doctor to make sure they'll be included in the network for the coming plan year.

4. Not realizing that you may be able to switch Medicare Advantage plans after open enrollment.

5. Not picking the right medigap plan when you first enroll.

If you buy a Medicare supplement plan within six months of enrolling in Medicare Part B, you can get any plan in your area even if you have a pre-existing medical condition. But if you try to switch plans after that, insurers in most states can reject you or charge more because of your health. It's important to pick your plan carefully. See The ABCs of Picking a Medigap Policy for more information on choosing a plan. Some states let you switch into certain plans regardless of your health, and some insurers let you switch to another one of their plans without a new medical exam. Find out about your state's rules and the plans available at your state insurance department Web site. You can also find more information about medigap policies in your area at Medicare.gov.

6. Forgetting that you can sign up for Medicare at 65, even though the full retirement age for Social Security is now at least 66.

If you're already receiving Social Security benefits, you'll automatically be enrolled in Medicare Part A and Part B when you turn 65 (although you can turn down Part B coverage and sign up for it later). But if you aren't receiving Social Security benefits, you'll need to take action to sign up for Medicare. If you're at least 64 years and 9 months old, you can sign up online. You have a seven-month window to sign up—from three months before your 65th birthday month to three months afterward (you can enroll in Social Security later).

7. Not signing up for Part B at 65 if you have retiree or COBRA coverage.

When you turn 65, Medicare is generally considered to be your primary insurance, and any other coverage you have is secondary, unless you or your spouse has insurance through a current employer with 20 or more employees. But the coverage must be with a current employer. Other employer-related coverage, such as retiree coverage, COBRA coverage, or severance benefits, isn't considered to be primary coverage after you turn 65. That means if you don't sign up for Medicare, you may have gaps in coverage and be subject to a lifetime late-enrollment penalty of 10% of the current Part B premium for every year you should have been enrolled in Part B but were not. You may also have to wait to get coverage: If you miss the window for enrolling when you turn 65 or eight months after you leave your job, you can only sign up for Medicare between January and March each year, with coverage starting on July 1. For more information, see the Medicare Rights Center's Medicare Interactive page about enrolling in Part B.

8. Forgetting about the deadline for signing up for Part B after you leave your job.

If you have coverage through an employer with 20 or more employees, you don't have to sign up for Medicare at 65. Instead, you may choose to keep coverage through your employer so you don't have to pay the Part B premiums. But you need to sign up within eight months after you leave your job or you may have to wait until the next enrollment period (January through March, for coverage to begin on July 1). That means you could go for several months without coverage. You may also get hit with the 10% lifetime late-enrollment penalty.

If you're near the income cutoff, be careful about financial moves that could increase your adjusted gross income and make you subject to the surcharge, such as rolling over a traditional IRA to a Roth or making big withdrawals from tax-deferred retirement accounts. To stay below the limits, you may want to spread your Roth conversions over several years or withdraw money from Roths rather than just from tax-deferred accounts.

10. Not contesting the high-income surcharge for the year you retire.

Your Part B and Part D premiums are higher if you earned more than $85,000 if single or $170,000 if married filing jointly. The Social Security Administration uses your most recent tax return on file (generally 2013 for 2015 premiums) to determine whether you're subject to the surcharge. But you may be able to get the surcharge reduced if your income has dropped since then because of certain life-changing events, such as marriage, divorce, death of a spouse, retirement or a reduction in work hours. In that case, you can ask Social Security to use your 2014 income instead (you'll need to provide evidence of the life-changing event, such as a signed statement from your employer that you retired). See How to Avoid the Medicare Surcharge and the Social Security Administration's Medicare Premiums: Rules for Higher-Income Beneficiaries for more information.

11. Signing up for Medicare Part A if you want to keep contributing to a health savings account.

You can't contribute to a health savings account after you sign up for Medicare, but that doesn't necessarily mean that you have to stop making HSA contributions at age 65. If you or your spouse has health insurance through your current job, you can delay signing up for Part A and Part B and keep contributing to an HSA. This isn't an option if you have already signed up for Social Security or your employer has fewer than 20 employees—in that case, you can't delay signing up for Part A. Be careful about your contributions in the year you leave your job and sign up for Medicare—you must prorate your HSA contributions based on the number of months before you were covered by Medicare, says Todd Berkley, who runs the AskMrHSA.com service. See FAQs About Health Savings Accounts for more information.

President Trump has issued an executive order to defer the collection of payroll taxes. How much will it save you?
HSAs Get Even Better