The rules get tricky for people aged 55 to 59 ½ who leave a workplace but are unsure of their future work plans. Beware of bad advice. 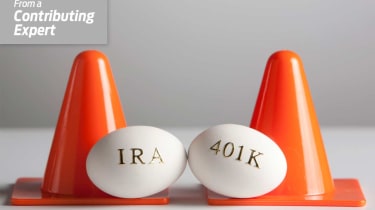 I recently spoke with Sarah who was taking an early retirement package from her workplace. She was trying to figure out what to do with her company savings plan. A “financial adviser” had suggested she roll her 401(k) into an IRA. I told her that was one of the worst things she could do at this point in time on her age timeline.

You see, Sarah is 56 years old and not fully ready for retirement. In fact, she plans on working until at least age 62, but believes she may need to work until age 66. The only reason she found herself taking an early retirement package was because her job was being moved to another state and she didn’t want to leave the area where her grown children and three grandchildren live.

Sarah visited with a financial adviser to get some help with both her retirement savings and with trying to figure out how much she needed to earn (in a new job) in order to make her finances work. Unfortunately, the adviser she met with wasn’t too concerned about helping her figure out the steps needed for an ultimate retirement a few years down the road. No. He was really only interested in getting her money out of the 401(k) and into an IRA that he could manage.

There are many reasons why the majority of people roll their company savings plan into an IRA when they leave their employer: Greater flexibility, more choices, professional management, etc. But there are also times when it is best to keep the money with the employer’s 401(k).

One of the biggest advantages a 401(k) provides, compared with an IRA, is when an employee retires or terminates his or her employment after the age of 55, but before age 59½. Tax law slaps a penalty on all retirement plan distributions prior to age 59½, with a few notable exceptions. One of these exceptions, and the one that was applicable to Sarah, is the exception that waives early withdrawal penalties for those who are at least age 55 or older in the calendar year they leave their employer.

Because Sarah was age 56, she could take a withdrawal from her 401(k) without being hit with the 10 percent federal early withdrawal penalty. But if she rolled her retirement plan into an IRA, as her adviser had suggested, any sporadic withdrawals would be subject to the early penalty.

Sarah was at a point in her life where she knew she needed to get another job, but she also needed the flexibility of dipping into her 401(k) if it took her a long time to find employment, or if a new job she secured didn’t provide enough income to meet her day-to-day expenses.

Rather than have Sarah roll her 401(k) into an IRA, I suggested she keep the money with her previous employer until she knew what her future looked like. From my experience, having some money in an accessible 401(k) plan could help reduce the stress of having to quickly find a new job.

Will Sarah need to dip into her 401(k)? Unknown at this time. If she can find another high-paying job that she likes she won’t need to touch her retirement plan for many years, and it may well make sense to roll it into an IRA at that time. But if it takes her several months to find the right place of employment, she may need to tap into her 401(k) to help buy her some time to stabilize her situation.

Which brings us to a very important question: Why didn’t the financial adviser Sarah met with explain that her retirement savings would lose some of the tax flexibility if she rolled her 401(k) to an IRA? Perhaps he was merely inept and simply didn’t know the tax rules? It’s possible. But I think the odds are pretty good that the adviser knew the rules but was motivated to get her money into an IRA so he could charge a fee. Buyers of financial advice, beware.

Chances are good that you will have to leave the workforce earlier than you had planned. Will you be ready?
Searching for the Perfect Place to Retire

We home in on two places with less traffic and lower costs.
10 IRS Audit Red Flags for Retirees

Watch out: These things can increase the chances that the IRS will give your tax return a closer look.
Travel the World Without Leaving Home in Retirement

You can still visit museums and marvel at their great works of art, tour historical landmarks and stroll through foreign cities ... from the comfort o…
Skip to ContentSkip to Footer