Billions in unclaimed assets are sitting in state and federal coffers.

1. The money is out there. Small amounts in dormant savings accounts and safe-deposit boxes can really add up. In 2006, when the National Association of Unclaimed Property Administrators last conducted a nationwide tally, states’ treasuries were collectively guarding nearly $33 billion, and that figure is likely higher today. Almost every state treasury has an online database of unclaimed or abandoned property; for NAUPA’s directory of those sites, go to www.unclaimed.org. Most states also provide information to MissingMoney.com, a NAUPA-endorsed Web site.

2. The feds have a stash, too. States aren’t the only ones holding on to lost loot. To see if you have a tax refund, for example, go to the “Where’s My Refund” tool at www.irs.gov. Unredeemed U.S. savings bonds issued in 1974 or later are listed at www.treasuryhunt.gov. (To find older savings bonds, you’ll need to ask the Treasury, in writing, to conduct a manual search.)

The Pension Benefit Guaranty Corp. says it’s holding $265 million in unclaimed pensions; the average lost pension is worth about $1,100. And the FDIC has a database of unclaimed funds from accounts at banks that closed between 1989 and 1993. Since 1993, unclaimed assets held by the FDIC have reverted to states’ unclaimed-property offices.

3. You've got competition. Cash-strapped states are increasingly relying on unclaimed property as a revenue source. A handful of states have passed laws making it easier for financial assets to slip into “unclaimed property” status—and thus flow into their depleted state coffers. Delaware is among the top states when it comes to raking in lost money—it collected about $1.3 billion in the past three years alone—because it is the legal home of so many banks. In fact, unclaimed property is Delaware’s third-largest source of state revenue, after personal income and franchise taxes.

4. Be savvy about your search. Property is often “lost” because inaccurate records prevent a company from finding you. Be sure to search in multiple states, such as where you used to live or work. Also, if a bank doesn’t have your “last known address” on file, it will turn over the money to the state in which the institution is incorporated—often Delaware. Search maiden and married names, common misspellings of your name, and combinations of initials. Also look for property in the name of deceased relatives for whom you are the rightful heir.

5. Beware of scams. The unclaimed property that states are holding is a matter of public record—you should not have to pay someone to search for you. Be especially wary of any service that requires payment of a fee upfront.

6. Follow the money. Financial institutions are required to send a final notice before handing over property to the state, so the best thing to do is open and read all mail from your bank, says Michael Rato, a lawyer who specializes in unclaimed property. Rato also suggests double-checking the accuracy of information (such as the address and spelling of names) on all of your accounts. That way, if your property does get handed over to the state—escheated, in legal parlance—you’ll be able to reclaim it easily.

The top reasons why people don’t have an estate plan may sound pretty familiar to you. Here’s what they are, and what’s at stake.
Federal Estate Tax Exemption Is Set to Expire – Are You Prepared? 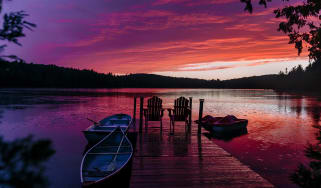 Maybe not tomorrow, but the sunset of our historically high estate tax exemptions is coming — and with the election on its way, it could be sooner tha…
Retirees' Guide to Giving for the Greatest Impact