Why Springfield, Mass., Is a Great Place to Retire

Just outside Boston, Springfield is back on its feet and has plenty to offer. 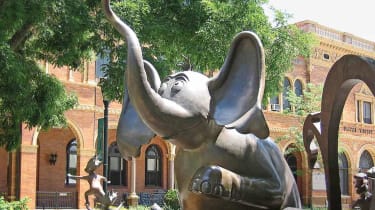 Geisel’s spirit can also be felt in nearby Forest Park. As a child, Geisel frequently visited the park’s small zoo with his father (who later became the park’s superintendent), and its inhabitants inspired some of his animal characters. The 745-acre park was designed by Frederick Law Olmsted, who also designed New York’s Central Park.

The surrounding neighborhoods, Forest Park, East Forest Park and 16 Acres, feature a variety of single-family houses, including colonial and Tudor-style homes from the 1920s. Prices range from about $150,000 to $300,000.

Springfield has struggled with urban decay and crime since many of its heavy-equipment manufacturing companies moved to the South or overseas. But the city has made a concerted effort to tackle those problems, says Mary Kay Wydra, president of the Greater Springfield Convention and Visitors Bureau. An MGM Casino is scheduled to open next year in the city’s South End; the project will include more than 55,000 square feet of retail and dining establishments, as well as new residences. The city has also increased its police force and placed a strong emphasis on community policing.

One thing Springfield can’t change is its weather. This is New England, after all, and it gets cold in the winter. But it’s easy to escape to warmer climes. Bradley International Airport, in Windsor Locks, Conn., is just 25 minutes away. And residents don’t need to get on I-90 to Boston to get good health care. Baystate Medical Center, a training center for the University of Massachusetts Medical School–Bay State, has 716 beds and more than 1,100 staff physicians.

Massachusetts doesn’t tax Social Security benefits or government pension income, but all other income is taxed at a flat rate of 5.1%. Estates valued at more than $1 million may be subject to an estate tax. The median property tax in Hampden County, where Springfield is located, is $3,152.

Land a New Job With an Ageless Resume 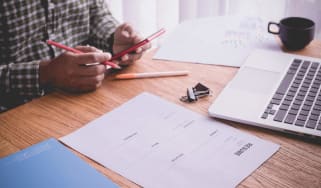 Land a New Job With an Ageless Resume

Build a resume that focuses on your skills and experience, not your age.
Drawing Down Retirement Savings in a Pandemic

Tapping the right accounts at the right time matters. Knowing how much a retiree can spend each year without running out of savings in old age is even…
20 Dividend Stocks to Fund 20 Years of Retirement

Uncle Sam can tax up to 85% of your Social Security benefits if you have other sources of income, such as earnings from work or withdrawals from tax-d…
Skip to ContentSkip to Footer