A Little-Known Way to Delay RMDs in Retirement

If you roll 401(k) accounts from former employers into your current employer’s plan, you may be able to hold off on required minimum distributions. 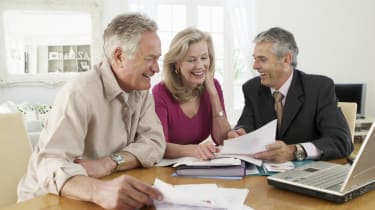 Yes, if your current employer allows you to roll move money from other accounts into its plan. In that case, you can transfer the money from your old 401(k) to your current 401(k) and avoid taking RMDs on that money while you’re still working there.

You must take RMDs from traditional IRAs and former employers’ 401(k)s after you turn 70 ½, but you don’t have to take RMDs from your current employer’s 401(k) while you’re still working in that job no matter how old you are (unless you own 5% or more of the company). “Not all plans accept roll-ins, but most do,” says Tim Driscoll, a director of defined contribution product management for Fidelity.

Have the money transferred directly from one plan to the other to avoid a tax bill or penalty on the rollover. Ask your current employer’s 401(k) administrator about how to move the money.

You won’t be able to avoid this year’s RMD from your old employer’s 401(k), however. “The minimum required distribution for the year must be withdrawn from the former employer’s plan before any amounts would be eligible for the rollover,” says Driscoll. After you take the RMD for the year, though, the rest of the money can go into your current employer’s 401(k).