When You Can Tap a 401(k) Early With No Penalty

Leave your job in the year you turn 55 or older, and Uncle Sam will cut you some slack on the early-withdrawal penalty.

How you separate from service doesn't matter. Retiring, being laid off or even getting fired all qualify. As long as you are 55 by the end of the year you leave the job, the rule applies. Leave your job in January and turn 55 in December, for example, and 401(k) payouts anytime during the year are penalty-free, says Jeffrey Levine, chief retirement strategist for Ed Slott and Co. Retire in December and turn 55 the following January, though, and you're stuck with the penalty until 59 1/2.

But say you leave an employer at age 55 to work for another company, and then depart that job at age 57. You could tap both 401(k)s penalty-free -- because you left both companies in the year you turned 55 or older.

This exception is handy for early retirees who need to tap their 401(k) for living expenses. But beware that you can blow this break if you roll over your 401(k) to an IRA. Once the money is in the IRA, age 59 1/2 becomes the earliest age for penalty-free withdrawals.

One potential obstacle to the split strategy: your 401(k) plan's rules. Some plans don't allow partial withdrawals, and some don't allow periodic distributions. Ask your benefits manager for the details of what your 401(k) allows.

Americans are facing a long list of tax changes for the 2020 tax year...and it's never too early to start thinking about next year's return.
RMD Waiver + Stimulus Check = Tax Credit 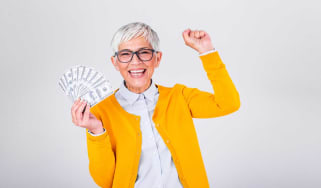 For seniors who got a stimulus check of less than $1,200, not having to take a required minimum distribution from their retirement accounts this year …
Employers Cutting 401(k) Matching Contributions 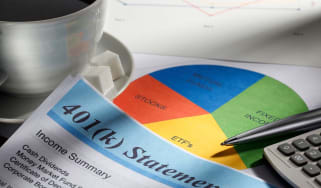 Roughly 12% of employers have suspended matching contributions and an additional 23% are planning to cut their match or are considering it.
Skip to ContentSkip to Footer