New-Tech Ways to Sell Your Home

Lure buyers with virtual fliers, drones or a 3D view. 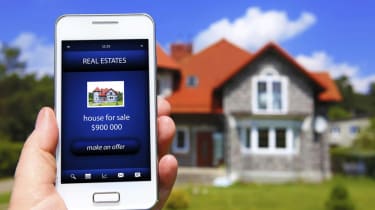 These days, home buyers want to scope out a property even before they visit it. Most use the Internet in their search; half use a mobile device to hunt on the go, says the latest survey of buyers by the National Association of Realtors. Three new tools likely to be used widely within a few years will help agents and sellers grab the attention of today’s tech-savvy shoppers.

See Also: Explore Homes for Sale in Your Area on Trulia.com

A beacon for buyers. The old standby of paper fliers in a box attached to a yard sign frustrated buyers—and sellers—who often found the boxes empty. Strategies such as posting Quick Response codes (a type of bar code) on yard signs still forced buyers to get out of their cars to scan them. RealtyBeacon sends info right to your iPhone or iPad, using low-energy Bluetooth transmitters encoded to respond to RealtyBeacon’s free app. To use the system, an agent attaches a small box with a beacon enclosed to a For Sale sign. When buyers using the app pass within 100 feet of the beacon, they instantly receive photos and details about the home. Beacons can be placed on homes or in landscaping in communities where signs are prohibited. Look for an Android version of RealtyBeacon soon.

An over-the-top perspective. For drama and context, you can’t beat a video tour that features an exterior view of a home taken by a video camera mounted on a small unmanned aerial vehicle (UAV), or drone, flown at low altitude. Such videos are often used to provide a unique perspective of high-end homes with waterfront or large acreage. Real estate drones currently operate in a “gray market,” says Colin Snow, CEO of DroneAnalyst.com, in Redwood City, Calif. That’s because without express permission for use from the Federal Aviation Administration, the drones violate the FAA’s rules for commercial aviation. If caught, drone operators may be fined up to $1,100 per violation. In late 2014, the National Association of Realtors advised its members to forgo using the tool. The FAA won’t finalize new rules specifically for UAVs until 2016 or 2017, says Brendan Schulman, a lawyer who specializes in unmanned aircraft at Kramer Levin Naftalis & Frankel, a law firm in New York City. But until then, real estate photographers and agents who have weighed the risks and rewards are still using drones. (See how drones will transform real estate and five other industries.)

A 3D view. The 3D Showcase lets buyers virtually “walk through” a home’s interior in three dimensions, as well as view a 3D floor plan (called a dollhouse view). The 3D Showcase was created by Matterport, a developer and manufacturer of 3D photographic technology, in Mountain View, Calif. To use the service, real estate photographers or brokerages must buy a special camera (it costs $4,500) that rotates on its tripod to capture everything in a room. It takes about an hour to “capture” a whole house, after which the user uploads the results to Matterport. The company then “stitches” together the images and provides a code or link that the seller’s agent can add to a listing.

Matterport CEO Bill Brown says that within a year, the company expects to add design tools so that potential buyers can virtually renovate or redecorate the virtual floor plan. And within two years, buyers should be able to immerse themselves in the space via a virtual-reality headset that they can plug into their smartphones.

Kiplinger.com web editor Andrea Browne Taylor joins the Your Money's Worth podcast for a discussion on the financial pros and cons of homeschooling yo…
25 Small Towns With Big Millionaire Populations

Large concentrations of high-net-worth households are found in surprising locales across the U.S. Check out the latest list of American small towns te…