Surprisingly, the investing habits of the wealthy can work equally well for those with more modest portfolios.

Admit it: At one point or another, you’ve wondered how millionaires invest. After all, with their perceived access to insider tips, exclusive stock offerings and double-Windsored financial advisers, they must know something the rest of us don’t, right?

But here’s the dirty little secret. If you listen to what millionaires say about their investing habits and talk with the people who study and advise them, you quickly learn that there is no secret. Rather, at the risk of sounding smug, we’d say that millionaire investors adhere to the same tried-and-true investing principles that Kiplinger’s has recommended for decades. Here’s a peek at three of those principles that can help investors of all means build wealth for years to come.

Know your risk tolerance. You might think most millionaire investors are routinely making all-or-nothing bets on exotic securities, but that’s far from the case. In fact, risk is the number-one concern among millionaire investors, according to a 2013 study conducted by Spectrem Group, a research firm that specializes in the financial habits of the wealthy. More than 90% of the millionaire investors surveyed indicated that they worry about risk—especially the risk of losing some or all of an original investment. A 2013 U.S. Trust survey supports the notion of risk-aversion among well-off investors. The survey found that 63% of investors with at least $3 million in investable assets prioritize lowering risk even if it means lowering potential returns; 37% prioritize pursuing higher returns while taking on more risk.

According to Catherine McBreen, president of Spectrem’s Millionaire Corner, wealthy investors tend to take on more risk once net worth climbs into eight figures. For example, McBreen says investors with $25 million-plus in net worth are more likely to invest in riskier alternative investments, but investors in the $1 million-to-$10 million net-worth range are far more conservative. “They’re probably investing like you’re recommended to do in your 401(k),” she says.

Risk tolerance is a personal thing, and not all millionaire investors are created equal. In general, Spectrem found that millionaire investors are more likely to take on risk if they’re younger, or if they attribute their financial success to luck or being in the right place at the right time. Older millionaires are more risk-averse, as are so-called “plodders,” who attribute their wealth to old-fashioned hard work, frugality and education. Bottom line: They all try to understand their personal risk tolerance and invest accordingly, as should you.

Get help, but stay engaged. According to U.S. Trust, 79% of millionaire households use some kind of professional adviser. Even for millionaires, the financial world is complicated and volatile. For instance, 66% of investors with at least $3 million in investable assets say they’re not well-informed about the impact of recent tax-law changes on investment returns. Advisers help investors make sense of their financial situation and work with them to create and attain long-term goals. So if you want to invest like a millionaire, you should consider finding a financial adviser.

But that doesn’t mean you should sit on the proverbial sidelines while someone else takes charge of your investments. According to McBreen, about 65% of millionaire investors are interested and hands-on with their investments, compared with about 40% of individuals with a net worth below $1 million.

It can be difficult to stay engaged if you’re working hard to pay the bills, but a little effort can go a long way. Joe Jennings, investment director for PNC Wealth Management in Baltimore, cites engagement as one of the most important lessons to be learned from millionaire investors. “It can be as little as taking a look at your portfolio on a regular basis, whether it be quarterly, twice a year or annually,” he says, “and rebalancing to stay in line with your risk tolerance.”

Invest for the long haul. The overwhelming majority – 86% – of millionaire investors believe that the buy-and-hold approach is the best strategy for growing money over time, according to U.S. Trust. More than 86% of those investors would probably also tell you that it’s a good idea to buy low and sell high and to invest in high-quality companies. You should listen.

These basic investing mantras may seem obvious, but they can be tricky to implement, especially in brutal bear markets such as the ones experienced during the early 2000’s and the Great Recession. When markets are being battered, it can be very difficult to pull the trigger on buying stocks. But that’s when Jennings says millionaires know to get back to basics. “Stay disciplined, and try to take emotion out of the decision-making process,” he says. “You’re not going to get rich overnight. It’s all about creating a good, solid plan for the long term and sticking to it.” 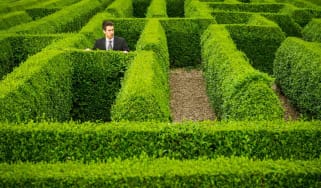