Pruning Pricey Stocks From Your Portfolio

When the math says sell, it's time to take some profits ... but sometimes you can make an exception or two. 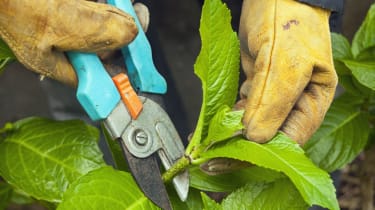 I hate to complain about a bull market that just turned six years old and shows no signs of slowing down. But I’ve begun to wonder whether we’re enjoying too much of a good thing. Key indexes are regularly hitting new highs, and one, the Nasdaq Composite, recently crossed 5000 for the first time since 2000. All this exuberance has spurred me to take a closer look at my portfolio to see if any of my holdings are grossly overvalued.

I have a simple check: I want a stock’s price-earnings ratio to be near or, even better, below the sum of a company’s earnings-growth rate and its dividend yield. In other words, if profits are growing 10% a year and a stock yields 2%, I’m happy to pay 12 times earnings. But barring some extenuating circumstance, a P/E well over 12 would signal that the stock has gotten too pricey for my taste. After reviewing all 20 stocks in my Practical Investor portfolio, I found that most remain reasonably priced, and a few are actually cheap. But there are some exceptions.

Chevron (symbol CVX, $104) is one. At 27 times estimated 2015 earnings of $3.82 per share, the stock appears to be grossly overvalued. The P/E is high because analysts expect profits to drop 62% this year, and that’s due almost entirely to the plunge in oil prices. But I can’t imagine that the price of oil has anywhere to go but up. Meanwhile, Chevron shares yield a hefty 4.1%, and the energy giant has plenty of cash to keep those dividends coming. So holding the stock seems like a no-brainer. (Prices and related figures are as of March 6.)

But I see a couple of mitigating factors. First, Dover is a dividend superstar; it has hiked its payout in each of the past 59 years. Moreover, Dover, like Chevron, has been hurt by low oil prices because about one-fourth of its earnings come from energy services, says Stifel Nicolaus analyst Nathan Jones. Dover has been wisely cutting costs to mute the effect of the oil crash and is in the process of selling two divisions in an effort to improve profitability. For now, I’m hanging on to this well-managed company.

Johnson & Johnson (JNJ, $100) is another story. The iconic health care giant—it makes drugs, devices and consumer products, such as baby oil—is one of only three industrial companies with a triple-A bond rating. J&J is also a dividend aristocrat, having raised its disbursement for 52 consecutive years. The stock yields a decent 2.8%.

Drug problems. But growth has turned tepid. J&J’s device business lost ground in 2014, although strong pharmaceutical sales propped up earnings. But the prognosis for the drug segment isn’t rosy. European patents for the blockbuster anti-inflammatory drug Remicade, which J&J co-markets with Merck, expired in February, and significantly cheaper “bio-similar” drugs have begun to inundate European markets. Trefis, a research firm, says that Remicade accounts for 25% of J&J’s drug sales. Other J&J drugs are also under pressure.

Analysts see J&J’s earnings expanding by 4% this year and 5% in 2016, but I worry that even those modest figures may be too optimistic. At any rate, adding the higher figure to a yield of nearly 3% tells me that J&J’s shares are worth less than 10 times earnings. But the stock’s P/E is 16.

The Berkshire Hathaway portfolio is a diverse set of blue chips and, increasingly, lesser-known growth bets. Here's a look at every stock picked by Wa…
The 7 Best Funds for Beginners