If more companies spread their wealth beyond the boardroom, they'd improve their bottom lines. 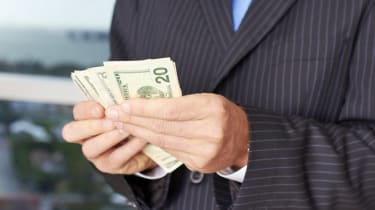 Years ago, when I started writing articles critical of exorbitant executive pay, some readers accused me of being a communist. In truth, I’m a die-hard capitalist. But I believe soaring executive pay is helping to fuel income inequality and is a threat to shareholders and the economy. A growing body of research supports this theory, so I thought it time to explain my views.

You expect some income inequality in a capitalist economic system. But inequality becomes a negative when it reaches extreme levels, and the situation in the U.S. is “approaching that threshold,” Standard & Poor’s says in a recent report.

The distribution of income isn’t just about fairness. John Maynard Keynes, one of the fathers of modern economics, posited that extreme income inequality could lead to long stretches of high unemployment. Extreme inequality is characterized by stagnant or falling income among the poor and middle class, which causes vast numbers of people to spend less and leads to diminishing demand. If demand is inadequate to snap up the available supply of any given good or service, the price of the item will fall. If the price falls far enough, it will drop below the cost of production. Production then ceases, workers are furloughed, and demand falls further.

Keynes encouraged governments to use fiscal and monetary policy to spur demand to avoid this downward spiral. His theories formed the basis for the policies that the U.S. government employed to prevent the Great Recession from morphing into a depression. Most prominently, the Federal Reserve has used its monetary tools to drive interest rates to rock-bottom levels.

But monetary policy can only take you so far, as Japan has painfully demonstrated over the past quarter-century. What’s needed to goose the economy is a surge in consumer spending, which accounts for more than two-thirds of U.S. economic activity. But too many Americans are keeping a tight grip on their wallets.

Why aren’t Americans shopping more? They can’t afford to. A recent analysis by the Congressional Budget Office found that income for 90% of the population is growing at an anemic annual rate of 1%. The Census Bureau estimates that overall inflation-adjusted income increased a tepid 0.2% in 2011 and 2012, but it declined for everyone but the top 20% of earners.

Keynes figured that people would borrow to buy. But because Americans are still digging out of the debt hole that nearly wrecked the economy in 2008, many simply can’t. To spend more, they must earn more.

Exorbitant pay. It may be difficult for small businesses to boost wages, but the same can’t be said about large, cash-flush publicly traded companies. Unfortunately, too many companies distribute their wealth in economically inefficient ways. Consider software giant Oracle. For the fiscal year that ended in May 2013, then-CEO Larry Ellison declined cash pay. But Oracle lavished him with 7 million stock options with an estimated value of $77 million at the time of the grant. Given that Ellison, 70, has a net worth of some $50 billion, it’s hard to argue that he’ll work harder because of an additional $77 million in pay. He’d make more by earning a piddling 0.2% on his billions.

But if Oracle divided the value of those 7 million options among its 122,000 employees, each would get 57 shares, which would be worth $663 today. That could give two or three football stadiums full of people the incentive to head to the mall. By giving that money to super-rich executives like Ellison rather than spreading it more equitably among the rank and file, businesses make it difficult for their employees to spend on anything but bare necessities. The entire U.S. economy pays the price.