Why This Hedge-Fund Manager Is Shutting Down

Now I plan to invest a chunk of the family portfolio in index funds—oh, the horror! 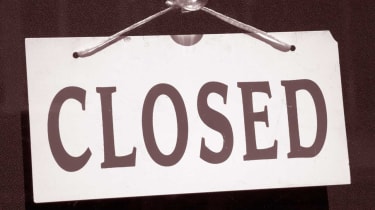 After 15 years of managing money, I recently decided to close my hedge fund and exit the business. Though I have continued to do better than the stock market on a long-term basis, my performance has faltered badly over the past two years, and the stress of the job has come to outweigh the benefits, such as they are.

I have sold more than 80% of my fund’s holdings. That has led to a strange sensation. I still wince when some stocks I no longer own decline—a bizarre corollary to phantom-limb syndrome. Having suffered so much over the past two years, it’s as if my psyche doesn’t know how to let go.

I apologize to readers who have shared the pain of some of my recent picks, such as Horsehead Holding (symbol ZINC, $7) and SunEdison (SUNE, $12). Note: I have sold all the stocks I have mentioned favorably, with the exception of Adamis Pharmaceuticals (ADMP, $4), Bank of America (BAC, $16), Citigroup (C, $52), Facebook (FB, $88) and Howard Hughes (HHC, $126), which I will continue to hold in family accounts. (Prices are as of September 3.)

I’ve always empathized with money managers who are having performance problems, but I didn’t know the half of it until recently. This year, two clients told me they were sticking with me on a “month-to-month basis.” Folks, we are all sometimes guilty of neglecting the long term for the short term, but nothing teaches you what a dread disease short-termism can be quite like getting to the 20th of a particular month and feeling that you need to make something special happen in your portfolio in the next 10 days. Performing poorly is tough enough, but when you feel as if everything you’ve done right over an investing lifetime is being warped by the desire to do something heroic in the next 12 minutes to save your fund, then you stop trusting yourself and your investment process altogether. At such moments, I understood why anyone would simply decide to walk away from the game. And I also understood—-really, really understood—-why some people would decide to cheat.

Insider trading by professionals isn’t solely about greed. Some do it because they know they’ll get canned if they don’t. I’m sure some of them cross the line just to survive a rough patch, and they probably vow never to do it again. Unless they have to.

I never came close to engaging in insider trading. But I understood how some money managers could be tempted to cheat knowing that nothing less than hitting a home run would help salvage the year.

Lessons learned. So what did I learn from my plight? First, that I took a big risk when I created a portfolio that was wildly different from Standard & Poor’s 500-stock index. That was especially problematic in 2014, when hardly anyone beat the index. Magnifying the problem was my decision to put too much money into my favorite ideas. I totally bought into the notion that it was foolish to invest in my 60th-best idea. What I overlooked was how bad things could get if I was wrong about my second-best, third-best and fifth-best ideas at the same time.

So now I plan to invest a chunk of the family portfolio in index funds—oh, the horror!—and put most of the rest into companies that should do at least okay no matter how the world changes. In other words, I’m buying the kinds of companies owned by Warren Buffett, who has long recommended owning stocks you’d be happy to hold even if the markets were closed for five years. But, as wise as that advice is, I generally ignored it because it would keep me out of stocks that could double in two years. No longer.

My wife is elated that I’m quitting, which should clue you in to the impact she thought lagging the market was having on my life. I’m looking forward to not following the market every day and finishing my second novel. Investing doesn’t have to make you rich, but it shouldn’t make you miserable.