Bank of America has made great progress in cutting costs and settling legal claims for shoddy mortgage securities. 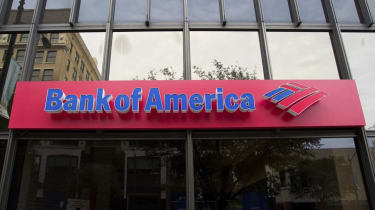 My seven picks for 2014 were horrid. Over the past year, they fell an average of 13%, woeful compared with the 17% gain of Standard & Poor’s 500-stock index. The biggest losers were mortgage servicer Ocwen Financial (symbol OCN), down 56%, and a provider of mobile-payment software, Monitise (MONIF), off 40%. I’ve sold Ocwen, but I still hold Monitise. I expect much better results from my selections for 2015. (All prices and returns are as of October 31.)

Bank of America (BAC, $17), with a 23% return over the past year, is one of two stocks making a return appearance. BofA has made great progress in cutting costs, and after paying $17 billion to settle legal claims for shoddy mortgage securities, litigation risk is minimal. Although the stench from the 2008 acquisition of Countrywide lingers, many investors ignore the bank’s strength. BofA needs interest rates to rise to realize its full potential (when rates rise, banks typically boost lending charges faster than rates on deposits). By 2016, the stock could trade at $25 to $30.

Also back for an encore is Howard Hughes Corp. (HHC, $147), which gained 26% over the past year. It continues to execute brilliantly, and I think the shares could be worth $250 by the end of 2015. The company owns valuable land in Honolulu, Houston, Las Vegas and New York City. It creates value by contributing the land to a joint venture in which the partner builds homes, condos, offices and shopping centers, or by developing land on its own.

Citigroup (C, $54) is the only major U.S. bank that trades at a discount to tangible book value (assets, excluding intangible assets, minus liabilities), says SNL Financial, and the reason seems clear. Investors are terrified of Citi Holdings, the entity set up in 2009 to hold toxic loans the bank couldn’t unload. But now that most of the loans are gone, the unit accounts for only 5% of the bank’s assets. But that still amounts to $100 billion and remains a legitimate concern, given that Citi has a market value of $162 billion. Citi Holdings will be gone someday, and when it is, the stock is likely to be much higher. Analyst Mike Mayo, of CLSA, a Hong Kong–based brokerage, thinks Citi will reach $107 in four years.

MeadWestvaco (MWV, $44) owns raw land and packaging and specialty chemical assets that are worth 50% more than the stock’s market value of $8 billion. Spinning off the specialty-chemicals business alone could fetch $3.5 billion, says Jeff Smith, head of Starboard Value, a hedge fund that owns 5.6% of MeadWestvaco. To Smith, this is a classic case of entrenched management not doing enough for shareholders. MeadWestvaco is already a good business, but jettisoning one or two of its units would make it a much more valuable one.

Solar is on a roll. Solar power is now competitive, without subsidies, with other forms of energy in much of the world. Moreover, technological advances should drive down solar costs by another 20% by 2017. SunEdison (SUNE, $20), which designs and installs solar systems, sells its solar-power systems to its 64%-owned subsidiary TerraForm Power. This arrangement confuses some investors and has held down the stock. Hedge fund manager David Einhorn believes the company is worth $32 per share today.

Shares of zinc producer Horsehead Holding (ZINC, $16) fell after news broke about problems at its new mine in Mooresboro, N.C. The stock has also been pressured by fears about slowing global growth. But zinc prices will get a boost in 2015 and 2016 because of the planned closure of two big mines. Once Horsehead works out the kinks at its new facility, it should generate additional cash flow of some $90 million a year, a huge amount for a company with a market value of $797 million.