Yieldcos, which operate wind, solar and other power-generation facilities, spin off most of their steady earnings to shareholders. 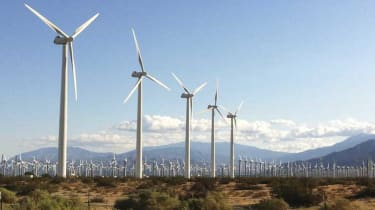 Renewable-energy investing has long been the domain of growth-oriented investors who have the stomach for the industry's ups and downs. But a new breed of income-producing alternative-energy stocks is designed to appeal to more conservative dividend investors.

"Yieldcos" operate wind, solar and other power-generation facilities whose customers enter into long-term purchase contracts. Those contracts provide steady revenues and allow the yieldcos to distribute most earnings to shareholders. "The yieldcos are becoming in some sense the utilities of the future," says Robert Muir, senior vice-president at Green Alpha Advisors, in Boulder, Colo. "They're solid dividend payers."

These vehicles have attracted income investors' attention over the past year as a growing number of energy companies spin off established power-generation facilities into yieldcos. Power projects still under development are housed in the parent company, thereby insulating yieldco investors from the riskier side of the business. In many cases, new power facilities developed by the parent company will drop down into the yieldco, providing additional steady cash flow and fueling dividend growth. Yieldcos established by large energy companies that have begun trading since last summer include NRG Yield (symbol NYLD), NextEra Energy Partners (NEP), Abengoa Yield (ABY) and TerraForm Power (TERP).

But yieldcos aren't without risk. Some have been snapped up by income-hungry investors and now appear richly priced, analysts say. And yieldcos may be hurt when interest rates rise if investors decide they can find more generous yields elsewhere.

Income investors are already familiar with similar vehicles in other industries. Master limited partnerships, for example, distribute to shareholders much of the steady cash generated by their energy pipelines and storage tanks, while real estate investment trusts pay distributions that are supported by their properties' rents.

The broader argument for renewable-energy investing is bolstered as the industry begins to achieve "grid parity"--becoming cost-competitive with conventional power, analysts say. As early as 2020, tens of millions of commercial and residential customers could choose to bypass utilities without paying higher prices or sacrificing reliability, according to estimates from the Rocky Mountain Institute, a nonprofit research group.

A Green Industry With a Rosy Future

When considering yieldcos, "make sure they have a strong pipeline of projects to continue the distributions to shareholders," says Andrew Bischof, equity analyst at investment-research firm Morningstar. Check whether the yieldco has a "right of first offer," which gives the yieldco first dibs on new projects developed by the parent company. This feature can help yieldcos acquire new projects at a reasonable price.

Pattern Energy Group Inc. (PEGI), for example, has the right of first offer to acquire projects from its parent company. The yieldco operates wind-power projects and is aiming for 10% to 12% annual growth in its per-share cash available for distributions. The company boosted its dividend 2% in the second quarter, to $1.31 on an annualized basis, and the stock's projected yield is 4.9%.

Here are 13 dividend stocks that each boast a rich history of uninterrupted payouts to shareholders that stretch back at least a century.
Stock Market Today 9/25/20: Stocks Win the Session but Lose the Week on Growth Fears

The market ended a choppy week of trading with gains, but the Dow and S&P 500 fell on a weekly basis yet again.