We analyzed publicly traded companies based in the Ocean State to identify the best stock in Rhode Island to buy now. 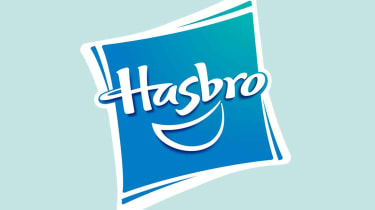 We scoured the nation to identify the best stock in every state. Hasbro (symbol HAS) is the publicly traded company we picked in Rhode Island. The company headquarters is located in Pawtucket.

Hasbro by the Numbers

Goldman Sachs analyst Michael Ng began covering Hasbro in February with a “buy” rating. The stock has already exceeded his price expectations for this year, but his long-term thesis – that Hasbro should benefit from its ties to Hollywood blockbusters – remains compelling. Toys tied to films and TV shows accounted for 21% of global toy sales overall from 2008 to 2015, says Ng, but they contributed 41% of the industry’s revenue growth. That bodes well for Hasbro, which owns licensing rights to Star Wars (two films over the next two years), Marvel (seven films slated for release in 2018) and Disney Princesses (live-action remakes include this year’s Beauty and the Beast as well as Mulan, slated for next year). Movies based on popular Hasbro brands Transformers and My Little Pony are in the pipeline as well. Stephanie Wissink, an analyst at stock research firm Jefferies, says the company’s pipeline of high-quality toys, particularly those tied to films, should help the company achieve high-single-digit annual earnings growth through 2019. She rates the stock a “buy” with a 12-month price target of $125.