We analyzed publicly traded companies across the Natural State to identify the best stock in Arkansas to buy now. 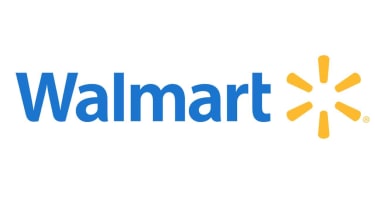 We scoured the nation to identify the best stock in every state. Walmart Stores (symbol WMT) is the publicly traded company we picked in Arkansas. The company headquarters is located in Bentonville.

Walmart Stores by the Numbers

Walmart is the world’s largest retailer, at least in terms of floor space, with Walmart, Sam’s Club and Walmart International accounting for some 1.2 billion square feet worldwide. Square footage didn’t help brick-and-mortar shops when the big, bad wolf known as Amazon came to blow them down, and Walmart’s shares fell along with those of other retailers on news of Amazon’s bid for grocer Whole Foods.

But Walmart is making moves to better compete with the e-commerce giant, says Kevin Downing, an analyst at stock research firm Value Line. Walmart recently launched free two-day shipping on orders of more than $35 (no membership required), and it introduced a discount, to take full effect by the end of June, on more than 1 million online-only items if customers are willing to ship them to their local store for pickup. In addition to buying Amazon rival Jet.com, the company has acquired online retailers Hayneedle, Shoebuy and Modcloth, with an acquisition of trendy men’s fashion start-up Bonobos in the works. Walmart’s e-commerce strategy is paying off, says Downing. The retailer posted a 63% year-over-year gain in e-commerce sales for the quarter that ended in April 2017. What’s more, the company hopes to improve customers’ in-store experience, having raised wages and invested in employee training. These factors should spark modest earnings-per-share growth for the fiscal year ending January 2018, after two years of decline, says CFRA analyst Joseph Agnese. He rates the stock a “strong buy” and says the shares could trade at $87 over the next 12 months.