With greater stability (and fewer carriers), the industry is generating huge profits. These companies should continue to soar. 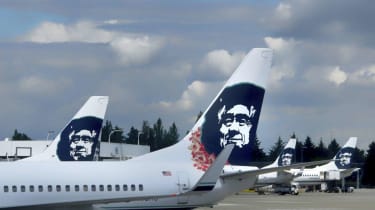 The airline industry, once a basket case, is a high-flying profit machine these days. Its well-documented turnaround came as carriers consolidated, enabling them to boost fares; imposed numerous nuisance fees; and focused on more-lucrative business and first-class seats. More recently, the plunge in oil prices has helped fuel strong earnings gains.

SEE ALSO: 12 Stocks to Get Dividends Every Month

The numbers are stunning. From 1979, just after the industry was deregulated, through 2009, U.S. airlines lost money in as many years as they made it. From 2001 through 2009, a particularly trying period, they spilled $58 billion of red ink. But over the next five years, the industry posted profits of $26 billion. The stocks have soared as carriers have used their profits to upgrade fleets, cut debt, repurchase shares and raise dividends. Since October 2011, an index of U.S. airline stocks has nearly quadrupled, about twice the advance of Standard & Poor’s 500-stock index.

No one expects the stocks to keep ascending at that pace, but the group should continue to deliver market-beating returns over the coming year. For the most part, airline investors and analysts don’t fret as much as they once did about upstart entrants and higher labor and fuel costs. Instead, according to a recent Morgan Stanley survey, their biggest worry is the overall health of the U.S. economy.

On that score, the outlook is bright. Despite economic weakness in the first quarter, Kiplinger’s expects gross domestic product to expand by at least 2.6% in 2015. A robust economy paired with savvy fleet management will keep seats filled—a bane for passengers but a blessing for the airlines. Last year, 18 million more passengers boarded U.S. flights than the year before. But during the same time period, the number of flights decreased by 2%.

Moreover, strong demand gives airlines more leeway to raise fares and to continue to impose an array of fees for everything from luggage and seat assignments to extra leg room and snacks. Airlines worldwide collected about $50 billion in these so-called ancillary fees last year, up 121% since 2010, according to IdeaWorks, an airline consulting company.

One company that stands out for its decade-long record of profitability is Southwest Airlines (Symbol LUV, $42.10). The carrier, which has the largest share of the domestic market, hasn’t jumped on the fee bandwagon as much as its rivals (it lets passengers check up to two bags free, for example). But it holds down costs by flying only Boeing 737s (simplifying maintenance and staff training) and using less-congested airports. Southwest has one of the strongest balance sheets in the industry, says S&P Capital IQ analyst Jim Corridore. He sees the stock hitting $53 within 12 months (current prices are as of May 7).

If you haven’t spent much time on the West Coast, it might be easy to overlook Alaska Air Group (ALK, $64.96). But the Seattle-based carrier, which historically has mainly served states bordering the Pacific Ocean, Canada and Mexico, has been adding cross-country routes to places such as New York City and Raleigh–Durham, N.C.

Like Southwest, Alaska Air benefits by flying only Boeing 737s. And on average, the age of Alaska Air’s planes is younger than most major airlines, further reducing the time and money spent on repairs. Over the next few years, analysts expect Alaska Air’s earnings to grow about twice as fast as the overall industry’s. The company recently increased its dividend by 60%.

The strong dollar has put pressure on Delta Air lines (DAL, $45.36), which gets nearly one-third of its revenues from abroad. To ease some of the impact of the super buck, Delta plans to reduce service later this year to some overseas destinations, including Brazil and Japan. A mostly non-union workforce gives Delta flexibility to adjust to changes in demand, says UBS analyst Darryl Genovesi, who predicts that its earnings will soar by more than 50% this year. Delta has slashed debt since it emerged from bankruptcy in 2007; it began paying dividends in 2013, and last year it raised the payout by 50%.