Rake in 6% With Preferred Stocks

The high yield of preferred stocks should be a garnish to your portfolio, not the main course, as you'll be taking on more risk. 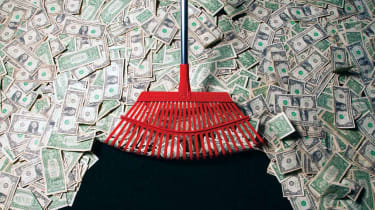 With interest rates in the gutter, you might think you need to become a loan shark to earn 6%. But with preferred stocks, you can get that return without breaking the law.

Preferreds have features of both stocks and bonds. Like stocks, preferreds give you an equity stake in a company. Their dividends qualify for the long-term capital-gains tax rate, which means they face a maximum tax rate of 23.8%. Like bonds, preferreds distribute a fixed amount of income and get repaid at par value when redeemed, normally at $25 per share. But preferreds rank behind bonds in the pecking order of who gets paid first if a company goes bust.

The catch is that preferreds either have no fixed maturity date or come due far in the future. So preferreds tend to perform like bonds, their share prices moving up and down with changes in long-term interest rates. Companies have the option to “call,” or pay off, a preferred after a set period—usually five years from the date of issue. Because issuers are less likely to call preferreds when rates rise, a preferred’s duration (a measure of interest-rate sensitivity) grows and losses mount. “To invest in preferreds today, you have to be comfortable with a little volatility,” says Jay Wong, comanager of Payden Equity Income Fund.

Thanks to a drop in long-term rates, preferreds are on a roll. So far in 2014, Standard & Poor’s U.S. Preferred Stock index has returned 11.6%, handily beating both the S&P 500-stock index and the U.S. bond market. And although yields have fallen as prices have risen, preferreds still outshine most income securities. The S&P Preferred Stock index yields 6.5%, nearly triple the yield of 10-year Treasury bonds. (Prices and returns are as of September 30.)

What to do. As tempting as those yields look, don’t put more than 10% of your fixed-income assets into preferreds. In addition to the risk of rising rates, you face sector risk because most preferreds are issued by financial institutions. Although bank balance sheets have improved since the financial crisis, prudence dictates not going overboard on this volatile sector. Also, companies can cut or suspend preferred dividends without notice.

To hedge against rising interest rates, consider a fixed-to-floating-rate preferred. With these securities, you earn a fixed payout for a set period, ordinarily 10 years. After that, the dividend adjusts along with a benchmark, such as the London Interbank Offered Rate, or LIBOR. One good example is U.S. Bancorp Series F . At just under $29, it yields 5.6%. On January 15, 2022, the payout switches to the three-month LIBOR plus 4.47 percentage points, assuming that the issue is not called, which U.S. Bancorp is permitted to do on that date for $25 per share. For the future dividend to equal today’s payout, LIBOR would have to be about two percentage points higher than today’s rate (0.24%). Although the issue trades well above $25, you’d get the high payout for more than seven years.

Most mutual funds that invest in preferreds charge loads or require high minimum initial investments. So, for a diversified approach, go with an exchange-traded fund. The best bet is iShares U.S. Preferred Stock (PFF). The fund, which charges 0.47% per year in fees, returned 11.2% in the first nine months of 2014 and yields 5.8%.

Bonds can be more complex than stocks, but it's not hard to become a knowledgeable fixed-income investor.
Planning for Retirement in the New Normal of Covid-19

If you don't have to use your stimulus check for basic necessities, consider putting the money to work for you. You'll thank yourself later.
Skip to ContentSkip to Footer