5 Stocks to Cash In on Innovation

These trailblazing companies—3M, Amazon.com, Ford Motor, General Electric and Illumina—know how to translate their innovations into profits.

If we knew what the next big thing was, we’d all make a fortune, right? Maybe the next-best thing for investors is to seek out the innovators. These are the companies that dream up the new things—or new ways to make them or get them to customers.

The hallmarks of successful innovators might surprise you. For example, beyond spending a minimum on research and development, the level of R&D outlays does not correlate with success. “It’s not what you spend but how you spend it,” says Barry Jaruzelski, a senior partner at management consultant Booz & Co., which publishes a yearly report on the most innovative companies in the world. It’s the same with patents, he says: “Science is not innovation—it’s an input, not an outcome.”

Rather, look for a commitment to innovation from top executives, a strong focus on customers and a rigorous process for bringing ideas to market. That process must extend beyond research and engineering to include manufacturing, sales and marketing, says Kim Wagner, a senior partner at the Boston Consulting Group, which puts together its own list of innovators. Both consulting firms found that companies that master the process of innovation outpace peers in terms of revenue growth, profit margins and shareholder returns.

You’ll find innovators in such esoteric fields as genomics and cloud computing, of course. But other innovators create products that may be as familiar to you as the office supplies in your desk drawer or the car in your garage. And they’re not all upstarts. According to MIT Technology Review, a publication associated with the Massachusetts Institute of Technology, one of the 50 most technologically disruptive companies of 2013 is one that has been in business since 1892. Hint: It’s one of the 12 stocks in the first incarnation of the Dow Jones industrial average. (Answer: General Electric.)

It can be tricky to spot the com­panies that can translate innovations into profits. “When you’re innovating, things are moving fast,” says Mike Lippert, manager of Baron Opportunity Fund. “There are definitely uncertainties about how the future will play out and whether a company will stay in the lead.” It’s best to diversify among several innovators, and to limit the size of your stake in this theme in relation to your total portfolio.

Our list of innovators is far from complete—you don’t need to remind us that Apple (symbol AAPL) is still innovating and that Google (GOOG) has its fingers in a lot of inventive pies. But particularly for investors with a long-term view, we think the com­panies below are worth exploring. (Share prices are as of December 31.)

Since 1948, industrial conglomerate 3M (MMM, $140) has encouraged employees to spend 15% of their work time on their own projects. It was through one of these efforts—a 3M scientist seeking a bookmark for his hymnal—that Post-It Notes came to be in the early 1970s. More recently, Popular Science named 3M’s Enhanced Combat Helmets, which 3M says are 35% more bullet-resistant than standard helmets, as one of the 100 best innovations of 2013. Investments in new products and manufacturing have pinched profit margins lately. Still, the company, which sells thousands of products ranging from special films for LCD displays to Scotch tape, hiked its quarterly dividend 35% in December, to 85.5 cents a share. The stock yields 2.4%.

General Electric (GE, $28) is another industrial conglomerate with operations in everything from aviation and oil and gas to health care and home appliances. Analysts at Bank of America Merrill Lynch consider GE the leader in building out the “industrial Internet.” The phrase, coined by GE, refers to networked machines embedded with sensors and other instruments that collect and analyze huge amounts of data in order to adjust the machines’ performance—even in real time. The company is also focusing on clean energy and is a dominant player in the wind-turbine business. GE should be out of the problematic consumer credit card business by 2015, sharpening its industrial focus. The stock trades at 16 times estimated 2014 earnings (just a bit more than the overall U.S. stock market) and yields an attractive 3.1%.

As an e-tailer, Amazon.com (AMZN, $399) is killing it. It now sells pretty much everything, and it provides a platform for other sellers. The company is signing up millions of new “Prime” customers, who spend more than other shoppers, and is beefing up offerings of higher-priced merchandise with greater profit potential. Media sales (books, music and video) are another growth channel, distributed through the Kindle ecosystem, which is expanding globally.

But the buzz about Amazon has more to do with its expanding cloud-computing business. Amazon Web Services could grow from $3 billion in revenues in 2013 to roughly $8 billion in 2017, according to UBS analysts, becoming a key driver of overall growth. UBS projects that over the next few years Amazon will generate annualized revenue growth of more than 20%.

Credit the dynamism of CEO Jeff Bezos for much of the growth. Dartmouth professor Sydney Finkelstein, known for his picks and pans of chief executives, named Bezos Best CEO of 2013. In announcing the award, Finkelstein said, “Bezos has put together one of the greatest innovative com­panies of the modern era.” Having disrupted the book-selling business years ago, Bezos now has the apparel industry in his sights, Finkelstein says. Another Bezos Big Idea: delivering Amazon packages by drone. Sounds far-fetched, but a commercial drone market, once launched, could generate $82 billion in economic activity within a decade, according to S&P Capital IQ.

The biggest challenge for Amazon investors is overcoming the stock’s sky-high valuation—151 times expected 2014 earnings. But price-earnings ratio is the wrong yardstick for Amazon, says analyst Mark Miller, of William Blair & Co., who argues that ramped-up spending to improve products and operations is reducing earnings in the short term but will ultimately pay off.

The auto industry is getting its inno­vation groove back. For the first time since the Boston Consulting Group began compiling its Innovators list in 2005, more carmakers than technology companies made the top 20 in 2013. Higher fuel-efficiency standards are driving advances, with manufacturers stepping up their development of electric and hybrid vehicles while also making more-efficient powertrains and lighter cars. Safety innovations include self-braking systems and vehicle-to-vehicle communication. And advanced entertainment systems sync seamlessly with consumers’ mobile devices.

Ford Motor (F, $15) ranks eighth on BCG’s list of innovators (Tesla, the electric-car maker, ranks 41st). Investors hammered Ford shares in December when the company warned that pretax profits in 2014 would be lower than 2013 levels as a result of the most aggressive product-launch schedule in its history. Profit margins in North America will be squeezed by higher launch costs as well as lower sales volume while production ramps up and Ford boosts incentives to move older vehicles. The carmaker also said that sluggish economies in Europe and South America put it behind schedule in meeting mid-decade financial goals.

Investors overreacted to the news, says Morningstar analyst David Whiston. He thinks the stock’s fair value is about $26 per share, a whopping 69% above the current price. (Other analysts see the stock trading at about $20 within a year.) Whiston says that Ford’s focus on quality is paying off. “Ford now makes cars that people actually want to own, instead of vehicles that are purchased only because of heavy incentives.”

Imagine a world in which every patient gets customized health care. Diagnoses, treatments, drugs and therapies would be tailored to each one of us, right down to our DNA. Illumina (ILMN, $111) makes the instruments and other materials necessary to help researchers—and increasingly, commercial users—process genetic data into usable medical information. “We’re in the first inning of a complete revolution in how we deliver health care,” says Baron’s Lippert, whose fund owns shares of Illumina.

Founded in 1998, Illumina logged its first profits in the fourth quarter of 2005. Analysts expect the company to earn $288 million, or $2.06 a share, on $1.6 billion in sales in 2014. The stock’s P/E of 54 (based on estimated profits) isn’t as astronomical as it seems, say the bulls, considering Illumina is the undisputed leader in the gene-sequencing market, which is expected to explode. Illumina devotes 15% to 20% of its annual sales to R&D and has a history of smart acquisitions. In early 2013, Illumina bought Verinata Health, a provider of noninvasive prenatal diagnostic tests, including a test for Down syndrome. 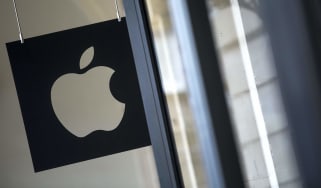 Apple edged toward the $2 trillion market-cap mark on reports that it will bundle subscription services Thursday, but the S&P 500 failed to enter a ne…
Skip to ContentSkip to Footer