Berkshire Hathaway has all but abandoned its stake in the world’s largest retailer. 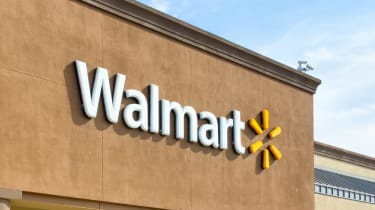 Warren Buffett's Berkshire Hathaway (symbol BRK.B) is falling out of love with Walmart Stores (WMT, $68.87). It sold the majority of its holdings in the world's largest retailer last year. In the final three months of 2016 alone, according to Berkshire’s latest 13-F filing with the Securities and Exchange Commission, Buffett trimmed his Walmart holdings to 1.4 million shares from 13 million at the end of September. With an ownership stake of just 0.05%, Berkshire is no longer a major shareholder in Walmart.

More often than not, Buffett doesn't comment on his investment moves, so his reasons for selling so much of his Walmart position remain opaque. But for buy-and-hold investors, Berkshire’s disaffection with the blue-chip company can be instructive nonetheless. Here are three reasons we think Warren Buffett is dumping Walmart stock. (Prices as of February 16.)

The main reason Buffett is abandoning Walmart is that it’s losing out to Amazon.com, says David Kass, a professor at the University of Maryland's Robert H. Smith School of Business who studies Buffett and is a Berkshire shareholder. Buffett has made no secret of his admiration for Amazon's CEO, Jeff Bezos. "We haven't seen many businessmen like him,” Buffett says of Bezos. “Overwhelmingly, he's taken things you and I've been buying, and he's figured out a way to make us happier buying those products, either by fast delivery or prices or whatever it may be, and that's remarkable."

The Trend Is Not a Friend

E-commerce sales are growing faster than sales at traditional brick-and-mortar retailers and should continue to do so. In January, non-store retailers enjoyed year-over-year sales gains of 14.5%, according to the Census Bureau. Furniture stores, electronics stores, sporting goods stores and department stores all suffered declines. Walmart is investing in e-commerce in order to ride the wave, including its high-profile purchase of Jet.com, but Amazon remains the market leader. Buffett tends to prefer companies that are at the forefront of their industries.

Berkshire, which first ventured into Walmart stock in 2005, had amassed more than 60 million shares by the end of 2015. That amounted to a sizable 2% ownership stake. But the investment has proved to be largely disappointing. Walmart shares have gained 32% on a price basis since mid 2005, while Standard & Poor’s 500-stock index is up 80% over the same time frame. Analysts at Stifel have a “hold” recommendation on Walmart shares today. At best, Stifel analysts forecast “modest share gains” assuming Walmart can improve online and mobile ordering and increase organic grocery offerings.