3 Reasons Warren Buffett Is Loading Up on Apple Stock 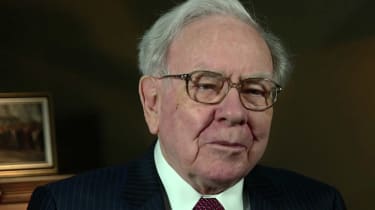 Warren Buffett has more than doubled his stake in Apple (symbol AAPL, $136.66) since the end of 2016, according to statements he made during a CNBC interview. The head of Berkshire Hathaway (BRK.B) said his holding company now owns about 133 million Apple shares. The big investment is looking like a shrewd move. Apple shares are setting record highs this year, already up 18% so far in 2017. With a market capitalization, or share price times total shares outstanding, of $719 billion, Apple is the most valuable public company in the world. (Prices as of February 24.)

Berkshire initially bought shares in Apple in early 2016. The purchase gained a good deal of attention at the time. Apart from IBM, a stock Buffett followed for more than 50 years before finally buying in 2011, he had shown little interest in technology stocks. Buffett even admitted to CNBC that he doesn't own an iPhone. The disclosure about the new stake in Apple, made last May, coincided with a period when Apple’s shares were on the downswing and sparked wide speculation that Buffett was calling a bottom in the stock.

It's not always easy to decipher the reasoning behind Buffett's buying and selling. The Oracle of Omaha tends to be tight-lipped about his investments. It’s made all the harder by the fact that changes to Berkshire’s holdings aren’t revealed to the public until weeks or even months after the fact in quarterly SEC filings or letters to shareholders. So it helps when Buffett makes his rare public statements. For buy-and-hold investors, Berkshire's big move into Apple – the stake is now more than double the 61.2 million shares held as of December 31, according to Buffett's recently issued annual letter to shareholders – can be instructive. Here are three reasons we think Warren Buffett is buying even more Apple stock.

His Top Guys Told Him to Buy

Buffett doesn’t deserve all the credit for Berkshire’s investment in Apple. In fact, he might deserve little of it. David Kass, a professor at the University of Maryland's Robert H. Smith School of Business who studies Buffett and is a Berkshire shareholder, suspects that one or both of Buffett’s chief stock-picking lieutenants, Ted Weschler and Todd Combs, are behind the move into Apple. In his 2016 letter to shareholders, Buffett acknowledged that some of Berkshire's top holdings are the responsibility of either Combs or Weschler. Still, Apple does have some of the attributes Buffett has said he likes: It's a leader in its market, and it has a ton of cash at its disposal ($246 billion in cash and securities as of the end of 2016).

The Price Was Right

At $136 and climbing, Apple shares are much pricier today than they were when Berkshire started amassing its stake last year. During 2016, the stock price ranged from a low of $90 to a high of $118. Still, UBS analysts say the price gain is deserved due in large part to the high retention rates among iPhone buyers. UBS rates Apple stock a "buy," but picking up shares all at once at peak prices isn’t necessarily the best approach. Instead, take a cue from Buffett and spread out your buying to take advantage of any periodic dips.

The Debut of iPhone 8

This year marks the 10th anniversary of the iPhone, and company watchers expect big things when Apple unveils the latest version of the mobile device. Apple sold 5% fewer iPhones year-over-year during the three months that ended in September, the final quarter of its 2016 fiscal year. But year-over-year sales growth returned in the December quarter, up 5%, and the new iPhone 8 is expected to rejuvenate demand later this year. (A release date hasn’t been announced.) Analysts believe the new smartphone will set sales records as it prompts users to upgrade from older iPhones.

Take the Quiz: How Well Do You Really Know Warren Buffett?

Vanguard funds account for a third of the 100 most popular 401(k) retirement products. We rank Vanguard's best actively managed funds, including its t…
7 Small-Cap Tech Stocks That Pack a Punch