The Federal Reserve dares not scare the markets by tightening money in the absence of rising inflation, strong growth or excessive speculation. 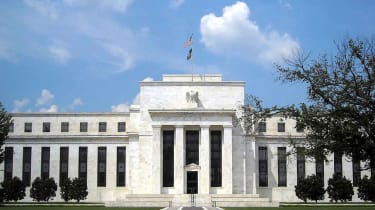 A year ago I went out on a limb to suggest that the epic bond market rally was not over. My call turned out to be on the mark. Over the past year, the yield on benchmark 10-year Treasuries dipped about half of a percentage point, leading to modest gains in most segments of the bond market. I don’t expect the rest of 2015 to be as generous as the past year, but neither do I foresee disaster.

Bond yields and prices should move within a narrow range. So figure on earning a small total return in the second half with Treasuries and high-quality corporate and municipal bonds. You’ll do okay with junk bonds, but default risk is building in the energy and telecommunications sectors, so focus on high-yield bond funds that concentrate on better-quality junk bonds. One solid choice: Vanguard High-Yield Corporate (symbol VWEHX), recently yielding 4.7%. Also worth a look is Fidelity Floating Rate High Income (FFRHX), which buys bank loans that are generally made to non-investment-grade borrowers. It yields 3.7%.

I don’t see the recent uptick in Treasury yields (from 1.8% in March to 2.1% in early May) as presaging a return of expensive credit. Domestic economic growth and inflation are stalled. The dollar is rich, commodities are cheap, and bond yields in Europe and Japan are puny. And the Federal Reserve, which controls short-term rates, dares not scare the financial markets by tightening money in the absence of rising inflation, strong growth or excessive speculation. All of this prevents U.S. rates from surging and undergirds bond prices (which move in the opposite direction of rates).

In the months ahead, I expect to see further evidence that rates will hold at or near current levels for a few more years. And I’m hardly alone. Jay Schwister, a senior portfolio manager for the Baird funds, says that before year-end, the Fed will tack on 0.25 to 0.50 percentage point to short-term rates, which are currently close to zero. But that won’t be the opening shot in a fusillade of rate hikes. Schwister says the Fed only wants to reclaim minimal capacity to intervene if the economy tanks. And if markets swoon or economic prospects sink in reaction to such small boosts, he is confident that the Fed’s approach will be one-and-done or two-and-through.

Traders to the rescue. Krishna Memani, the chief investment officer at Oppenheimer Funds, says rates can climb enough to sting only if people, businesses and institutions “leverage up”—that is, go on borrowing binges. But that won’t happen without booming economic growth. Bond issuance seems high, but much of this is for refinancing, not creating more debt. Ashish Shah, a bond analyst for AllianceBernstein, says that whenever yields swing wildly in either direction, mobs of traders stabilize matters by realizing profits or fishing for bargains. To Shah, the bond scene is “a lot of chopping around in a narrow range.”

Yes, there are dissenters. Kevin Mahn, chief investment officer for Hennion & Walsh, a brokerage that specializes in bonds, predicts that the Fed will engineer eight quarter-of-a-percentage-point rate hikes by December 2016. As a precedent, Mahn cites the 2004–06 period, during which the Fed raised rates 17 times.

Mahn may turn out to be right, but I think the odds are against him. If you own bonds, sit tight. You’ll collect your interest, and the value of your principal should remain stable for the foreseeable future.

These 20 high-quality dividend stocks yield roughly 4% or higher and should grow their payouts even more -- a powerful 1-2 combo for retirement income…
3 Municipal Bond Funds for Rich, Tax-Friendly Yields

Stocks rallied out of negative territory Friday after Gilead announced that remdesivir helped reduce COVID-19 mortality risk in a clinical trial.
Skip to ContentSkip to Footer