The ABCs of Municipal Bonds 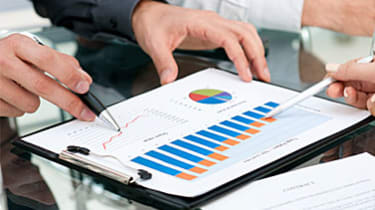 Attention, income investors: When times get tough, your first inclination may be to move all of your bond money to Treasuries. But entrusting Uncle Sam with your cash isn't the only safe course. Municipal bonds offer competitive yields and tend to hold their own during tumultuous times.

The big allure of munis is that their interest is generally exempt from federal income taxes. The bonds are issued by state and local governments and related agencies to finance general operations or public projects, such as construction of schools or sewage plants. Interest from bonds issued in an investor's home state is usually exempt from state income taxes, too.

Without the tax breaks, muni yields are downright paltry. In mid October, for example, the typical triple-A-rated muni bond yielded 4.0%. But for an investor in the 28% tax bracket (taxable income in 2007 of $77,100 to $160,850 for a single person or $128,500 to $195,850 for a married couple filing jointly), that's the equivalent of 5.6% from a taxable bond. For someone in the top 35% bracket (more than $349,700 of taxable income for either a single person or a married couple), a tax-free 4.0% is the equivalent of 6.2% from a taxable bond (to calculate taxable-equivalent yield, divide the stated yield by one minus your federal tax bracket, expressed as a decimal). By contrast, ten-year Treasury notes currently yield 4.7%.

But is it fair to compare munis with Treasuries, which have zero chance of defaulting? In a word, yes. Historically, the odds that an investor who holds a muni for 20 years will see an issuer miss a payment are less than 1 in 400.

Which is not to say the bonds never lose value. Like the prices of most other bonds, muni prices move inversely with interest rates. Moreover, low-quality munis can lose value when investors become concerned about the overall health of the economy or when trading volume dries up — as happened during the bond market's stumble in August. That month, the average investment-grade muni bond lost 0.4%, but the average junk-rated muni sank 3%.

Still, munis are a relatively safe way of earning more than you can get with Treasuries. And there are a lot of different ways to invest in tax-free bonds. Consider these three approaches.

Because the muni market isn't centralized the way the stock market is, buying individual bonds takes some legwork. But the rewards of direct ownership are compelling — you know exactly what you own, what it yields and when it's due to mature (or when it may be called, or redeemed, before it matures). Moreover, if you own the bonds directly, you don't have to worry about management fees chipping away at your modest income.

You can buy munis through most large brokers. Commissions aren't readily discernible when you buy a muni bond. Instead, broker markups are reflected in a bond's quoted yield and the price you pay for it. Transaction costs generally range from 0.5% to 3% of principal, depending on the size of the order (munis usually come in $5,000 increments) and the maturity and quality of the bonds. To make sure the price and yield of a particular bond are reasonable, go to www.investinginbonds.com to find recent trades of similar issues. Also, find out if a bond can be called before its maturity date.

Ruth Forehand, a financial planner in Naples, Fla., recommends building a "muni ladder" out to, say, seven years. That means buying bonds that will mature in one, two, three years and so on — through seven years. That way, if interest rates rise, you can reinvest cash from maturing bonds at a higher yield.

General-obligation bonds are good options because they're backed by the taxing power of the issuer and tend to be widely traded. You can do even better than triple-A-rated GOs by buying bonds backed by a private insurer. In mid October, for example, one broker was offering insured California Housing Finance Agency revenue bonds with a 4.35% coupon and maturing in August 2017. The bonds, which sold for slightly more than par, or face value, yielded 4.3% to maturity, equivalent to 6.0% for a 28%-bracket taxpayer.

Because yields on tax-free bonds are low, it's important to pick a muni mutual fund with low expenses. Vanguard charges minuscule expenses for its bond funds, and Fidelity has tiny fees as well. Both firms run excellent funds that benefit from experienced management and large research teams.

Our top choice is Fidelity Intermediate Municipal Income, a member of the Kiplinger 25. The fund (symbol FLTMX) yields 3.6%, equivalent to 5.0% before taxes for an investor in the 28% tax bracket. But be aware that 9% of the fund's assets are in bonds that pay interest subject to the alternative minimum tax. Annual expenses are 0.34%. Half as expensive is Vanguard Intermediate-Term Tax-Exempt (VWITX). It yields 3.9%, or the equivalent of 5.4% for a 28%-bracket taxpayer, and it holds just 0.9% of assets in bonds subject to the AMT.

Great deals abound for closed-end muni funds. Closed-ends trade like stocks, but almost always at prices that differ from the value of the assets they hold. That means you can often buy closed-ends at discounts to their net asset value, or NAV. Moreover, closed-ends can often borrow money to boost yields, although doing so also increases risk and volatility.

Two leveraged closed-end funds worth a look are Putnam Investment Grade Municipal Trust (PGM) and Morgan Stanley Insured Municipal Income Trust (IIM). In mid October, the Putnam fund traded at $9.60, or a 10% discount to NAV, and it yielded 5.1%. The Morgan Stanley fund traded at $13.75, which also represented a 10% discount, and yielded 5.0%. A good choice among unleveraged closed-ends is Nuveen Select Tax-Free Income Portfolio 2 (NXQ). At about $13.50, it traded at a 6% discount and yielded 4.7%.

With the economy in trouble, tax policy takes on added importance in the 2020 presidential election. So, let's take a look at what Joe Biden has said …
2 Credit Card Gotchas to Watch Out For

After an infuriating wake-up call with her own credit card company, one financial services consultant wants consumers to know something: It’s smart to…
Election 2020: States With Tax Questions on the Ballot