Jim Paulsen: Go With a Mix of Offense, Defense and Tech

The Leuthold Group investment strategist sees fear priced into stocks, with bargains out there in riskier choices. 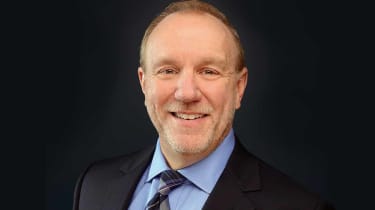 Kiplinger: What do you see for the second half of 2020? Paulsen: I don’t know what the virus will do, and that makes it tough to forecast—but we have to make a judgment, and it does little good to say it’s so uncertain. It’s always uncertain. The overriding thing that keeps me on the bullish side is that there’s so much fear—not only the normal fear you have in a recession, the fear of losing your job or life savings, but also the fear of losing your life or the lives of loved ones. That’s fear on steroids. High levels of fear mean it’s almost always a good time to lean toward investment assets. The corollary is that if you know you’re in a recession, it’s always a good time to buy stocks.

Why is that? Everyone’s worst nightmare is baked into stocks. A lot of stocks are way underpriced, and defensive areas are way overvalued. The price of gold is at a 50-year high relative to other commodities, cash pays zero, 10-year Treasuries yield just 0.64%, and the prices of defensive stock sectors—utilities, consumer staples, low-volatility stocks—are as high as they’ve been in 30 years. If you’re going to be defensive, you have to pay a lot for the privilege; when there’s a recovery, there’s a lot of risk in owning those defensive stocks. In a balanced portfolio, you should be tilting away from bonds and cash toward stocks in general—and within stocks, away from the S&P 500 and toward an array that includes cyclical stocks (those sensitive to the economy), plus small-company stocks, international stocks and more-volatile stocks. In other words, not the things you buy to sleep well at night.

What supports that risk-taking? The impact of fear in this market has brought massive monetary, fiscal and interest-rate help for the economy, but it helps stocks as well. Officials get scared just like we all do, and the amount of stimulus has been off the charts. The combination of underpriced risk assets and the tremendous policy support usually begets better times—it’s a powerful combination. A year from now, the stock market will be a fair amount higher than today. Are new highs unrealistic by next summer? I don’t think so.

What should my portfolio look like now? Number one, you need to be diversified. You shouldn’t sell out of defensive sectors, bonds or cash—I’m talking about tilting toward riskier assets. I’d also own the popular new-era tech stocks. They’ve been the darlings of the last bull market and the darlings of the bear market. Their growth rates are affected by the economic cycle, like an industrial company would be, but there’s growth there regardless, based on new products that nobody has and everybody needs. That makes them attractive when the economy slows. Their valuations are higher, but I’m going to give them the benefit of the doubt. An index we use is iShares S&P 500 Growth ETF (symbol IVW). It includes tech and communication companies but also consumer discretionary and health care companies with similar characteristics of biting edge, new-era product offerings. I’d be underweight in fixed income, but I still want some, to stay diversified. Then, next year, I might back off those broader-market plays—the cyclicals, small caps and internationals—to some degree.

Why back off? Because the economy will come back down to the below-average, sustainable growth that we had over the past decade. My best guess on the economy is that we’ll get a V-shaped recovery in the second half, but it may only last for a couple of quarters. There’s nothing uncommon about taking a long time to regain full strength in the economy. Parts of it won’t be coming back even in 2021—airlines, cruise lines, big events. Even if there’s a vaccine, it might take a while. In nearly every recession, it takes several years to get all parts of the economy back. In the 1980s, it was energy and farming; in the ’90s, it took almost the entire decade to get commercial real estate back. After 2000, we didn’t see tech IPOs for a number of years, and we haven’t gotten housing and banking back to where it was before 2008. But that didn’t stop the bull markets in the ’80s, ’90s, early 2000s or 2009.

The stock market will take a pause on Thanksgiving, but investors will need to pay attention for a few hours on Black Friday.
14 Hot Upcoming IPOs to Watch For in 2020 and 2021