With these controversial securities, you’ll earn more if rates go up. 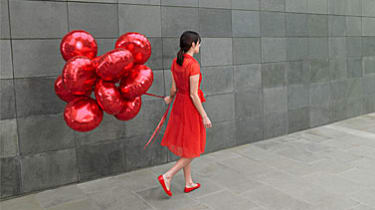 The last time the U.S. Treasury introduced a new security, you could buy a gallon of gas for $1.24, the Dow Jones industrial average traded below 7000, and Seinfeld was popular on TV. The year was 1997; the bonds, Treasury inflation-protected securities.

Uncle Sam is about to do it again. Get ready for floating-rate notes, expected in the fourth quarter of this year or early in 2014. Their interest rates will change over time, paying investors more when market rates rise and less when they fall. Until now, Treasury bonds and notes have always paid fixed rates (although the principal value of TIPS adjusts with inflation).

All the details aren’t out yet. As it stands now, the notes will have a two-year maturity (with longer maturities perhaps coming later) and will make quarterly interest payments. The interest rate will be pegged to the yield on three-month Treasury bills and will change weekly in accordance with the T-bill auction. The rate on the notes would be the T-bill rate, currently 0.04%, plus a bit more—0.05 to 0.10 percentage point, say, depending on demand when the notes are auctioned.

The Treasury plans to auction the notes quarterly, and investors will also be able to purchase them through the TreasuryDirect program with a $100 minimum investment. Money market funds scrambling to find enough high-quality, short-term assets to invest in are expected to be big customers, as are banks.

The appeal of floating-rate securities to investors is obvious—especially now, with rates at rock-bottom. With a fixed-rate bond, when rates rise, the value of the bond falls because newer bonds pay more. But when interest payments rise along with market rates, the value of the security remains stable. “This is a good deal for investors,” says Jim Bianco, president of Bianco Research. “The rate will adjust with market conditions, and since market conditions are already at zero, it can only adjust one way. If you buy short-term, high-quality debt like T-bills, this provides a very good alternative.”

The Treasury says it wants to attract more investors and lock in longer-term funding in a cost-effective way. By subbing floaters for a portion of its T-bill issuance, the government pays a little more than it would on T-bills, but not much more—a trade-off it’s willing to make so that it doesn’t have to depend on investors rolling over T-bill holdings every three months.

The new floaters will find a niche, says investment strategist Marilyn Cohen, of Envision Capital Management. “You’re not going to get rich, but it’ll quell some fear about higher interest rates.” (Many investors concerned about higher rates resulting from inflation are buying TIPS. But TIPS aren’t immune from losses when rates rise—especially if they rise faster than consumer prices do.)

Critics say the deal for taxpayers is questionable. Better to lock in historically low rates with the longest-dated bonds possible. Think of a homeowner choosing between a fixed-rate mortgage and an adjustable-rate loan, says Campbell Harvey, a finance professor at Duke University. “If you go for the ARM, you’ll have to pay more if rates go up. Why would you do that when you could lock in a fixed rate?”

Bonds can be more complex than stocks, but it's not hard to become a knowledgeable fixed-income investor.
6 Money-Smart Ways to Spend Your Stimulus Check

If you don't have to use your stimulus check for basic necessities, consider putting the money to work for you. You'll thank yourself later.
Kip ETF 20: The Best Cheap ETFs