REITs That Are Holding up Well

Real estate investment trusts that own health property aren't being dragged down by debt.

Until they crashed along with everything else the past few days, shares of real estate investment trusts were one of 2008's best hiding places. Now REITs look as vulnerable as other financial investments for the next few weeks, or until the credit panic fades.

That's because many REITs are about to issue third-quarter earnings and financial reports, which will reveal where they stand on rolling over or refinancing debt and whether their credit situation has deteriorated. Dozens of REITs are highly leveraged after years of borrowing to buy land or develop property during the real estate boom years. Prime commercial development sites are not plunging in value the way vacant housing lots are, but projects are being deferred or scratched as the outlook for office occupancy and retail trade dims.

However, REITs in one subsector have much less debt than typical REITs do and aren't as affected by the recession as trusts that own other kinds of real estate are. REITs that own health property -- hospitals, nursing homes, assisted living residences and doctors' offices -- have been the best performers during this punishing October stretch, as well as for the year.

Leading names include Healthcare Realty Trust (symbol HR), Health Care REIT (HCN) and National Health Investors (NHI). All of these shares have bounced around lately and have lost 10% in the past week. But they're generally steadier as real estate trusts go. And their yields of 5% to 7% are a tick or two higher than other kinds of REITs, even in good times.

Another low-debt, high-yield REIT is Realty Income (O), which owns more than 2,000 freestanding retail and bank locations all over the country. It pays dividends every month and has a simple business plan: See that Walgreens over there? Or that tire store? The multiplex cinema? Realty Income owns everyday retail space -- no malls -- and leases the buildings to well-known chains that pay the upkeep, taxes and insurance plus the rent.

It's the most diversified REIT I know. It has raised dividends 44 consecutive quarters, and it managed to get through the five days of extreme REIT pain by losing a fair 14%. If you want to own only one REIT for income, it's the one.

However, key REIT stocks such as General Growth Properties (GGP), a large national owner of shopping malls, are in the soup. GGP traded at $25 at the start of September. It closed October 8 at $5.40.

General Growth's troubles are only partly due to the slowdown in shopping, although that portends more store vacancies and lower rents. GGP has one of the highest ratios of debt to shareholder equity in all REIT-dom, with two-thirds of that debt coming due in the next three years. The company carries a double-B rating, which qualifies as junk, so the markets figure that GGP's cost of borrowing could possibly soar.

General Growth announced earlier this month that it is suspending dividends at least for the rest of 2008 to conserve cash and tighten up the balance sheet. That indicates this REIT doesn't expect to earn much the rest of the year because if it did, it would be required to pay most of that cash as dividends.

Why invest in a REIT stock that has no yield? At $5, this issue is no bargain-unless you want to wager that some other REIT will persuade General Growth to sell cheap rather than fight the economy and the credit markets.

General Growth's 80% fall is extreme. But in the five trading days ending October 7, virtually every REIT lost more than 10%, and more than 50 fell more than 20%. For most of them, this turned what had been positive returns for 2008 into losses. The NAREIT index of property-owning U.S. REITs is now down 21% for the year after ending September up 2% for the first nine months of 2008. 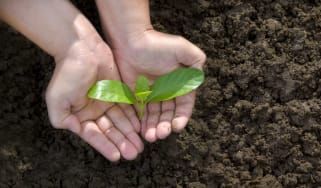 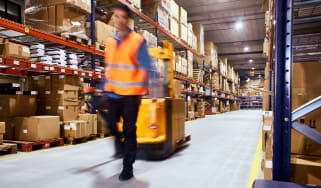 For investors committed to generating income, these five high-yield ETFs could be worth including in your buy-and-hold portfolio.
15 Great Retirement Stocks to Buy at Reasonable Prices 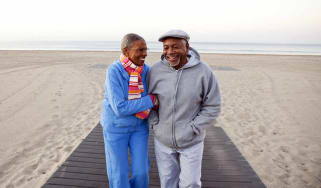 These retirement stocks are no longer once-in-a-lifetime buys, but they still trade at decent prices while offering up much-better-than-average income…
Skip to ContentSkip to Footer