How to Avoid Funds That Might Freeze Your Assets

Third Avenue Focused Credit’s move to delay paying investors who wanted to redeem their shares shocked the investment world. Here’s how to avoid ending up in a similar predicament. 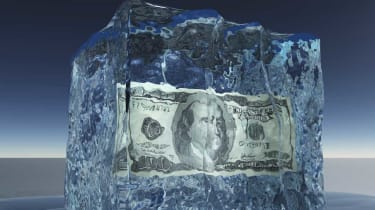 No one guarantees you’ll make a buck after you buy a mutual fund. But if you put in an order to sell, you’ll be able to get your money back within a couple of days, even if you lose a bundle because you’re selling for less than you paid.

It’s fair to say that the vast majority of mutual fund investors view that redemption process as a sacrosanct right. And under normal circumstances, the process works quite well for stock and bond funds. But in extreme cases, funds can ask the Securities and Exchange Commission to allow them to suspend redemption requests. Or they can distribute assets “in kind”—in other words, distribute a pro-rata share of the fund’s securities, rather than cash—a scenario that just played out effectively with the collapse of a prominent junk-bond fund, Third Avenue Focused Credit (symbol TFCVX).

After a long stretch of losses—culminating in a 27% tumble in 2015 through December 9—Third Avenue shut down the fund in early December. Rather than let investors cash out, however, the company originally transferred the fund’s assets into a liquidating trust, giving shareholders shares in it rather than money. Third Avenue subsequently won approval from the SEC to return the assets to the mutual fund structure while at the same time continuing to suspend redemptions. Third Avenue said investors received a small cash distribution on December 16, but they’ll have to wait up to a year or more to receive most of their proceeds, while the managers unload the fund’s holdings.

Such measures aren’t just rare in the mutual fund world; they’re almost unprecedented. A couple of Schroder municipal bond funds that went bust in 2008 withheld investors’ cash while they liquidated. In 2001, securities regulators froze the assets of three Heartland muni funds after the funds failed to issue annual reports (because an auditor wouldn’t sign off on them). In each case, investors eventually received proceeds from the battered funds.

More commonly, when a fund announces plans to shut down, investors may elect to sell their shares before the closing date, receiving cash within a few days. Most stock and bond funds can sell their holdings to meet redemption requests this way. Alternatively, investors can wait until the fund’s final liquidation date, receiving cash or in-kind securities (leftover shares of stocks or bonds).

Over the years, hundreds of funds have shut down in this manner, returning investors’ money without much fuss. Indeed, no stock fund has suspended redemption requests in recent history, Morningstar says, even in highly risky areas such as emerging markets. Problems may arise, however, in funds that traffic in obscure junk bonds or other securities that don’t trade publicly—adding another layer of risk to these funds.

In Third Avenue’s case, shutting down the fund in an orderly fashion wasn’t viable because its bonds couldn’t be sold easily. At last report, more than half of the fund’s assets were in unrated bonds, and more than one-fourth were in bonds rated triple-C, meaning the securities were extremely speculative. This type of “distressed debt” doesn’t trade on an exchange. Managers have to make educated guesses about prices, based on recent trades—estimates that could be wildly off the mark, in part because many of these bonds trade so infrequently. “When they tell you it’s going to take them a year to liquidate, you know that their assets aren’t mismarked by a little bit,” says Jeffrey Gundlach, chief investment officer of DoubleLine Funds. “That portfolio is worth a lot less than its” reported asset value.

When investors started clamoring for their money back, the managers found themselves in a bind. Raising enough cash to meet all the redemption requests would have forced them to dump bonds at fire-sale prices. That, in turn, would have pushed the fund’s share price down further. And investors who managed to cash out earlier in the process would receive higher prices, potentially violating securities rules that require all investors to be treated equally.

To avoid that scenario, Third Avenue took the rare step of suspending redemptions. Investors may not be happy with the outcome. But other bond managers say it was the right thing to do. “They’ve been fighting the tide of redemptions all year,” says Carl Kaufman, comanager of Osterweis Strategic Income (OSTIX), a member of the Kiplinger 25. “They weren’t getting a good price for their bonds.”

Could this happen to other junk- bond funds? It’s unlikely. Most mutual funds don’t hold nearly as much distressed debt as the Third Avenue fund. More commonly, they hold a mix of low-rated and unrated bonds, along with higher-quality securities that offset some of the credit risk. “Real high-yield funds look very different than distressed debt funds,” says Marty Fridson, a veteran junk-bond analyst.

Nonetheless, with junk bonds swooning these days, it’s a good idea to check in on your fund to make sure it’s not taking excessive risk. Funds sticking to the upper tier of the junk bond spectrum—those with an average credit rating of double-B, the highest junk rating, or single-B—are likely to hold up better if the market sells off sharply, says Morningstar analyst Leo Acheson. If the fund fared well in past downturns, moreover, it should be able to weather another bout of losses.

Of course, even the sturdiest funds can stumble, wiping out a chunk of your investment. “The lesson is out there—investors could lose 30% in some of these funds,” says Sarah Bush, a bond fund analyst with Morningstar. In junk-bond land, in other words, money-back guarantees simply don’t exist.