Matthews Asia Dividend (symbol MAPIX), which was in the Kiplinger 25 for just over a year, has closed to most new investors.

Matthews Asia Dividend (symbol MAPIX), which was in the Kiplinger 25 for just over a year, has closed to most new investors. As is our custom, we are removing the fund, which returned 28.1% over the past year, from the Kip 25. Luckily, we didn’t have to go too far to find a worthy alternative: Matthews Asian Growth and Income (MACSX).

Growth and Income has a more conservative mandate than the fund it replaces. Unlike Asia Dividend, which has nearly all of its assets in dividend-paying common stocks, Growth and Income invests in a mix of common stocks (83% of assets at last report), convertible bonds (11%) and preferred stocks (3%). Convertibles are hybrid securities that let you convert your holdings into the common stock of the issuing company at a preset price.

The strategy, says co-manager Robert Horrocks, smoothes the ride for investors because converts are generally less volatile than stocks. As a result, he says, “we won’t follow the market all the way up, but we won’t follow it all the way down, either.” Case in point: In 2009, Growth and Income gained a whopping 41.4%, but its peer group (funds that invest in Asia but not Japan) climbed 71.2%. In 2008 and 2011, when Asia-Pacific funds tumbled 53.5% and 21.0%, respectively, Growth and Income lost 32.1% and 10.6%.

Favoring financials. Horrocks and co-manager Ken Lowe seek solid businesses with clean balance sheets and strong competitive positions. Of the 49 stocks, four preferred stocks and nine convertible bonds in the fund, many are financial-services firms, including insurer AIA Group and HSBC Holdings, a London-based bank with extensive operations in Asia. But Horrocks, who became a manager in 2009, and Lowe, who joined in 2011, like telecom com-panies, too, because they tend to generate a lot of cash and because it’s difficult for new companies to enter the business. The fund holds China Mobile, Australia’s Telstra and PT Telekomunikasi Indonesia.

On the convertibles side, the managers look for high-quality companies in volatile industries. Take Hong Kong Exchanges and Clearing, the fifth-largest stock exchange in the world. Its earnings will be driven by changes in prices, trading volume and new stock issuances, all of which tend to be cyclical. “We’re much happier holding the convert than the stock because the stock will be more volatile,” says Horrocks.

Tapping the right accounts at the right time matters. Knowing how much a retiree can spend each year without running out of savings in old age is even…
7 Ways to Save Money When Shopping Online 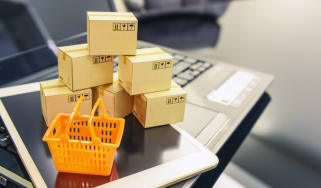 Shopping online has long been a popular option. In these times, it’s increasingly a must. Here’s how to save money when filling your cart with the cli…
Planning for Retirement in the New Normal of Covid-19