Better known for its actively managed funds, Fidelity wants to be known as the low-cost provider of index funds. 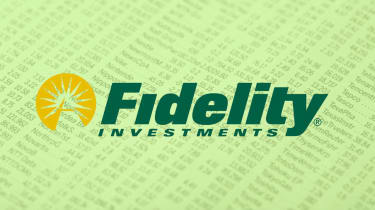 When it comes to index funds, Fidelity doesn’t want to play second fiddle to Vanguard anymore. The Boston-based fund firm, which is better known for its actively managed funds, recently cut fees on 27 of its index mutual funds and exchange-traded funds. Now, Fidelity charges less for some of its index funds than Vanguard, the de facto king of indexing, does for its products. “Fidelity wants to be known as the low-cost provider,” says Katie Rushkewicz Reichart, a Morningstar analyst.

Among funds designed for investors of modest means, Fidelity now has a noticeable edge in two of the most popular areas for indexing: funds that track Standard & Poor’s 500-stock index and those that track total stock market indexes. For the “investor” share class, Fidelity 500 Index (symbol FUSEX) now charges 0.09% in annual fees, while Vanguard 500 Index (VFINX) charges 0.16%. Investor-share fees for Fidelity Total Market Index (FSTMX) are 0.09%, compared with 0.16% for Vanguard Total Stock Market Index (VTSMX). And Fidelity’s investor shares require slightly less to start—$2,500, compared with $3,000 for Vanguard’s investor funds. But Fidelity’s expense advantage all but disappears for the share classes that require $10,000 minimum investments.

If you’re thinking about switching from Vanguard’s index funds to Fidelity’s, it’s important to realize that saving, say, 0.06 percentage point won’t dramatically affect your lifestyle. Suppose that over the next 10 years the S&P 500 returns 8% annualized. If you invest $5,000 in the Fidelity S&P 500 fund, you’ll have $10,599 at the end of the period. If you put $5,000 in the Vanguard fund, you’ll wind up with $10,525. (This assumes, of course, that both firms are equally adept at running S&P 500 index funds). “Some people say every penny makes a difference,” says Daniel Wiener, editor of the Independent Adviser for Vanguard Investors newsletter. In this particular case, you’d have to determine how much of a difference 7,400 pennies would make.

If you’re already a Vanguard customer, we don’t see much point in switching to Fidelity—the fee differential isn’t big enough. But if you’re just starting out and are interested in indexing, you might want to consider Fidelity. Not only are its index funds cheaper, says Wiener, but “Fidelity has a much better website, with better technology, and that’s probably more im­portant to a millennial than even the savings in annual fees.” (Fidelity won top marks in our latest survey of discount brokers, and Vanguard came in last.)

But Vanguard has some important advantages, too. It has a deeper, more diverse bench of index mutual funds and ETFs: 79, with $2.3 trillion in assets, compared with Fidelity’s 44, with $220 billion in assets. And with ETFs specifically, size matters. The bigger a fund, the greater the typical trading volume, and that can mean lower trading costs, says Max Chen, an analyst with ETFTrends.com. Many of Vanguard’s sector ETFs have more than $1 billion in assets. The biggest Fidelity sector ETF—Fidelity MSCI Health Care (FHLC)—has a bit more than $600 million. Vanguard Total Stock Market ETF (VTI) is the third-largest exchange-traded fund in the country, with $63 billion in assets. (Fidelity doesn’t offer an ETF version of its Total Market Index fund.)

Low fees are a good thing. But fees should not be the only consideration when you pick a fund. “People get so caught up with the issue of expenses that they lose sight of the bigger picture, which is, should you be in an index fund in the first place?” says Wiener.