A Short-Term Bond Fund That Stands Out

Thompson Bond has excelled by loading up on medium-rated corporate debt. 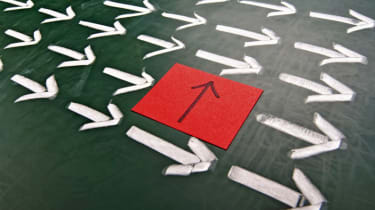 It has been a surprisingly good year for bonds. Yields have fallen when most experts expected them to rise. But with interest rates still exceptionally low, the risks of owning bonds are great (bond prices move opposite to rates). One way to lessen the danger is to invest in a short-term bond fund. Few such funds have shone as brightly as Thompson Bond (THOPX). Over the past year, the fund has beaten 97% of its peers. And it has been in the top 11% of funds in the taxable short-term bond category in each of the past six calendar years, including 2014.

Neither the fund’s name nor its charter suggests a short-term orientation. But Jason Stephens, one of three comanagers, says the team runs Thompson Bond as a short-term bond fund. At last word, the fund’s average duration (a measure of interest-rate sensitivity) stood at 2.6 years.

The managers are making big bets on the lowest tier of investment-grade debt. They recently had 82% of the fund’s $3.5 billion in assets in triple-B-rated corporate bonds—about four and a half times greater than the category average. Triple-B bonds offer favorable yields for the risk, especially when compared with Treasury debt, says Stephens. “A lot of companies were downgraded during the financial crisis, so the triple-B space is much more populated today,” he says. “And in some cases, the balance sheets of those companies look better than they did before the crisis.”