Many energy stocks are on sale, but not all are worth buying. Here’s my strategy for playing the ongoing meltdown. 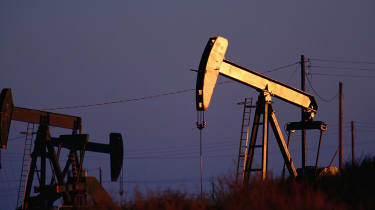 Just a little more than a year ago, oil fetched more than $100 a barrel, and the fear was that the price would rise even higher. Now, the price of a barrel of oil has plunged to $42, and Wall Street is awash in predictions that the price could stay low for years because of abundant supplies and global economic weakness, particularly in China, which curtails demand.

Markets, as anyone who lived through the tech bubble and subsequent bust knows, can go to extremes—in both directions. And calling a bottom is every bit as difficult as predicting a top. But it’s obvious that the stocks of companies connected to energy are a lot cheaper than they were a year ago—about 30% cheaper, based on Standard & Poor’s Energy index. That makes this a favorable time to consider the sector.

But one group within the energy sector that you should not jump into is the one that has been hit the hardest: companies involved in the exploration and production of oil and natural gas. Many of these companies, especially in the high-cost shale oil business, took on too much debt. Financially stronger firms will buy out some companies, and others will go out of business.

Below are eight ways to invest in energy stocks while limiting your chances of getting burned. My picks include both funds and individual stocks.

T. Rowe Price New Era (symbol PRNEX) is managed by Shawn Driscoll, who was one of a handful of energy analysts who saw the sell-off in energy stocks coming. He believes now that natural resources are still in the early innings of a major, multiyear decline. So this fund, which used to invest almost entirely in stocks of commodity producers, now also holds a sizable percentage of assets in companies that buy commodities, such as chemical and packaging companies.

Despite those defensive moves, the fund lost 24.6% over the past 12 months, which is about two percentage points less than the average natural resources sector fund. Expenses are 0.65% annually. (All returns, share prices and related data are as of August 18.)

Vanguard Energy Index Admiral (VENAX) or Vanguard Energy ETF (VDE) is a superb choice for investors who prefer an indexed approach. The two are identical except that the former is a mutual fund, the latter an exchange-traded fund. Each charges fees of just 0.12% annually. They provide exposure to a market-capitalization-weighted index of U.S. energy firms. As such, energy giants such as ExxonMobil (XOM, $77.90) and Chevron (CVX, $83.44) dominate the funds, representing 32% of each fund’s assets. Both funds have surrendered 29% over the past 12 months.

If you prefer to invest in individual stocks, start with the industry’s big kahuna, ExxonMobil. Exxon has a long record as a superior capital allocator. It has resisted overpaying for assets during boom times, preferring to pick them up at better prices during busts. The stock, which yields 3.7%, trades at 1.0 times sales per share and just 9.0 times cash flow per share. (Cash flow is earnings plus noncash charges, such as depreciation; for many energy companies, the price-to-cash flow ratio is a more useful measure of value than the price-earnings ratio because results of many energy companies typically include large noncash items.) Morningstar analyst Allen Good rates Exxon five stars, Morningstar’s highest rating for stocks.

You can reduce your risk of investing in energy by buying battered master limited partnerships that own oil and gas pipelines. The fortunes of many of these MLPs aren’t dependent on the price of oil and gas. Instead, the firms are essentially toll collectors—often with long-term contracts to carry oil and gas. Despite this, they have dropped along with the commodities, pushing up their previously generous yields to even higher levels.

If you venture into MLPs, keep in mind that they’re organized differently than corporations. They pay such generous yields partly because they’re required to pass almost all their income to shareholders. Instead of a 1099, MLPs issue K-1 tax forms, which sometimes add complexity to tax-return preparation.

If you want to invest in MLPs while minimizing the tax headaches, consider JPMorgan Alerian MLP ETN (AMJ), an exchange-traded note that tracks a basket of MLPs. Despite fairly stiff annual fees of 0.85%, the ETN yields 6.1%. I normally shy away from ETNs because, as debt instruments, they’re only as financially strong as the bank that issues them. Who’s to say some future financial crash couldn’t wash away JP Morgan, which could result in massive losses for ETN holders (regardless of the performance of the underlying securities)? But the risk is small, and regular exchange-traded funds that invest in MLPs charge extremely high expense ratios because they must pay taxes on the partnership income they receive.

Steve Goldberg is an investment adviser in the Washington, D.C., area. Some of his clients own ExxonMobil, Enterprise Products Partners and Magellan Midstream Partners.

Investors looking to squeeze more profit from the next bull run can look to Fidelity funds for strong active management and tactical investments.
3 Municipal Bond Funds for Rich, Tax-Friendly Yields