5 Good Places to Put Your Money During a Bear Market

Look to these funds to limit losses—and produce solid gains when the market turns back up. 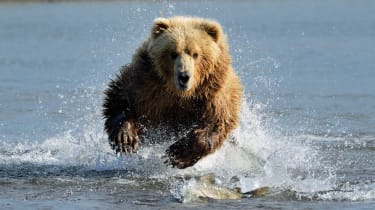 Whether we’ve already fallen into a bear market, as ace market analyst Jim Stack argues, or whether the current bounce in stock prices will reignite the aging bull market, it’s a good time, in my view, to dial down the risks in your investments. Even if we avoid a bear market for now, the bull market that began in 2009 is tired and ready to be put out to pasture.

But instead of bailing out of stocks completely, I recommend moving some of your money out of aggressive stock funds and into lower-risk fare. You’ll limit your losses if the market resumes its decline, yet you’ll still have exposure to stocks, which have always produced the strongest long-term returns.

Below are my favorite stock funds for a bear market. Not surprisingly, they tend to deliver below-average swings in their results. All did relatively well during the catastrophic 2007-09 downturn, and all are run by proven managers who have produced healthy returns over the long haul.

It’s almost as if the managers of AMG Yacktman Fund (symbol YACKX) pick stocks with bear markets in mind. With 16% of the fund’s assets in cash and 38% in consumer-staples stocks, the fund exhibited 17% less volatility than Standard & Poor’s 500-stock index over the past three years. That defensive strategy was out of favor until recently, which is why Yacktman trails the index by an average of 3.4 percentage points per year over that period. But so far this year, the fund has lost just 1.5%, compared with a drop of 5.9% for the S&P 500. And over the past 10 years, the fund gained an annualized 9.3%, topping the S&P by an average of 3.0 percentage points per year. Yacktman is a family affair. Veteran Don Yacktman and his son Steven run the fund, along with Jason Subotky, who joined the Yacktman shop in 2001 and was named comanager in 2009. (All returns are through February 18.)

Don’t expect American Century Equity Income (TWEIX) to keep pace in strong markets. The fund, the least volatile of my picks, wins by not losing. In 2013, for instance, when the S&P 500 soared 32%, the fund lagged by 13 percentage points. But Equity Income more than makes up the difference in lousy markets. So far this year, the fund has broken even, and over the past 15 years, the fund returned an annualized 7.3%, beating the index by an average of 2.6 percentage points per year.

Phillip Davidson, who has been one of the fund’s managers for more than two decades, and two comanagers invest only in income-paying securities. About 20% of the fund is invested in convertible stocks and bonds and in straight preferred stocks, all of which are typically less volatile than common stocks. What’s more, 43% of the fund is invested in defensive sectors: consumer-staples companies (those that make necessities), health care and utilities.

Todd Ahlsten and Ben Allen, the managers of Parnassus Core Equity Investor (PRBLX), say that investing in companies that meet their fund’s social and environmental criteria leads to better returns. Whether or not that is so, this socially screened fund has delivered superb results. Over the past 10 years, it earned an annualized 9.0%, an average of 2.7 percentage points per year better than the S&P 500. And it has beaten its average peer—funds that invest in large companies with a blend of growth and value attributes—in nine of 10 calendar years through 2015. Although the fund displayed above-average volatility in the early part of that period, it has been about 10% less volatile than the index over the past five years.

Vanguard Dividend Growth (VDIGX) has essentially all the strengths of the non-Vanguard funds in this article and adds the big bonus of low fees. It charges just 0.32% annually. During the 10 years that Wellington Management’s Donald Kilbride has run Dividend Growth, it has returned an annualized 8.2%, an average of 1.9 percentage points per year better than the S&P. Yet the fund has been nearly 18% less volatile than the index over the same period.

Kilbride looks for companies with strong competitive advantages that can keep hiking their dividends. One-third of the fund is in consumer-staples and health care stocks, both defensive sectors. In short, Kilbride invests in just the kind of big blue chips you’d want to own if you thought a bear market was on the way but didn’t want to abandon stocks entirely.

Vanguard Health Care (VGHCX) is a sector fund—not usually what you’d want to own in a bad market. But health care is different. Demand for health care is close to inelastic, and research is bringing previously unthinkable advances to medicine at a rapid pace. Consequently, health care’s share of the economy mounts with monotonous predictability. Over the long term, Vanguard Health Care has crushed the market. Its 10.9% annualized return over the past 10 years beat the S&P index by an average of 4.5 percentage points per year. And during the 2007-09 rout, the fund lost 36%, compared with a plunge of 55% for the S&P 500. Surprisingly for a sector fund, Vanguard Health Care has been about 13% less volatile than the S&P 500 over the past 10 years. It also has been about 20% less volatile than the average health care mutual fund.

Vanguard Health Care is run by Wellington Management’s Jean Hynes, who at last report had more than 40% of its assets in traditional drug makers and less than 20% in riskier biotechnology stocks. Expenses are just 0.34%.