Jim Stack on Stocks: We're Already in a Bear Market

The major indexes aren't down 20% yet, but InvesTech's chief says other indicators suggest the long bull market is over. 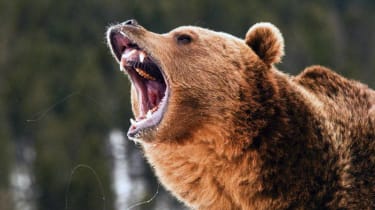 If it looks like one, talks like one and growls like one, it’s a bear market—and make no mistake, we’re in one, says market guru Jim Stack, head of InvesTech Research and one of Kiplinger's favorite market strategists and historians. And, he says, it’s probably going to get worse before it gets better. “The best course for investors is to maintain a defensive position—this is not the time to go out bottom-fishing.”

It took a while for Stack to give up on the bull market—although he has been increasingly cautious since the start of 2015. In the portfolio he recommends for clients of the InvesTech Research newsletter, Stack has whittled his positions in the two sectors he considers most risky—consumer discretionary (companies that make or sell nonessential consumer goods) and financials—to just 5% and 2% of assets, respectively. At the same time, he has increased cash to 19% of assets. Adding in an 8% stake in a fund that moves in the opposite direction of Standard & Poor's 500-stock index, he has effectively reduced exposure to the stock market to about 65% of assets. By keeping one-third in cash or cash equivalents and by avoiding those two risky sectors, “we’ve taken out volatility and protected against risk,” he says.

This bear's reach is broad, Stack says. Stock markets in Germany, Japan and London are all in bear territory (generally considered to be a drop of at least 20% from a previous peak). In the U.S., the Russell 2000, a barometer of small-company stocks, and the Dow Jones transportation average are in bear-market territory. The Nasdaq Composite index, which has sunk 17% since last July, is nearly there. Moreover, although declines in blue-chip indexes such as the S&P 500 and the Dow Jones industrial average haven't yet reached bear-market proportions—following the February 12 surge, the indexes are down 12.5% and nearly 13%, respectively, from their highs—a deeper look paints a bleak picture. Some 60% of S&P stocks are down more than 20%, says Stack, and 37% are down more than 30%. Even on February 12, when both the Dow and S&P 500 soared by 2%, stocks hitting new 12-month lows on the New York Stock Exchange numbered in the triple digits. Says Stack: “This is a bear market for many investors.”

The confusion for investors, he says, is that while “this market has 'bear' written all over it, economically, there doesn’t appear to be a recession on the horizon.” Rarely do you see a full-scale bear market without a recession, Stack says. The bear market of 1987 was one such exception, as was the decline in 1966—and the economy barely avoided a recession then. But the number of ominous signs has been growing, including a significant drop in confidence among corporate CEOs, a slowdown in manufacturing and service-sector activity, and some disappointing employment data. What many investors fail to realize, says Stack, is that if the economy sinks into recession, it likely won't be recognized until the end of this year, although the starting date would be closer to the beginning of the year. And by the time a recession is trumpeted in the headlines, a market bottom is already near. But further deterioration of economic readings from here could portend a nastier bear market than Stack currently expects—in which case he’ll lighten up on stocks even more.

For now, it's premature to speculate on just when a market bottom will materialize, or how far stocks will fall. But Stack is pretty sure we haven't reached bottom yet. “I've learned from over 40 years of experience that you don’t rush a market bottom.” He advises investors to use rallies to sell stocks to a level they're comfortable with. Ask yourself whether you're ready to ride out the storm if blue chip averages have lost only half of what they might end up losing. “If you're losing sleep at night, your investment strategy doesn't match your risk tolerance,” says Stack. “Step back from the market and give it a month or two for the dust to settle.”

And don't feel pressured to jump into the market for fear of missing the turnaround. Even if we saw the lows last week, stock prices will likely retrace their steps, back to those lows, several times, Stack says. If those lows hold, and no new economic worries surface, only then should you think about gradually dipping your toe back into the market. “There will be a great buying opportunity ahead,” says Stack. “I don't think it's there yet.”