The managers of the first alternative-energy fund offer their take on this red-hot sector.

Ethanol, biofuels, and solar, wind and ocean power. With oil prices in the stratosphere, everyone, it seems, is suddenly interested in alternative energy. But Maurice Schoenwald and his son, David, have been exploring the best investment opportunities in this rapidly growing industry for more than a quarter-century. 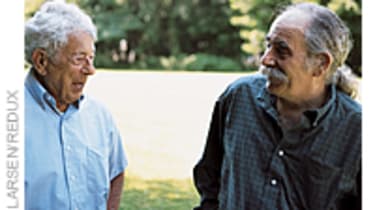 They launched New Alternatives, the first fund to focus on alternative-energy stocks, in 1982. The Schoenwalds, lawyers by training, haven't done badly for their clients. Over the past ten years to August 1, New Alternatives (symbol NALFX; 800-441-6580; 4.75% sales charge) gained 9% annualized. That topped Standard & Poor's 500-stock index by an average of nearly four percentage points per year.

The Schoenwalds are passionate liberals who employ social screens to pick stocks. Several years ago, they sold their position in Chesapeake Energy after learning that its chief executive was involved in Swift Boat Veterans for Truth, a group that opposed Democratic presidential candidate John Kerry in 2004. Chesapeake's stock subsequently turned out to be a big winner. To learn about the Schoenwalds' approach to picking stocks in this fast-growing industry, we visited them at their office in Melville, N.Y., on Long Island.

KIPLINGER'S: Should investors be betting heavily on alternative-energy stocks?MAURICE SCHOENWALD: Our fund was up 34% in 2006, 12% in the first quarter of 2007 and another 12% in the second quarter. Every quarter I write to our shareholders: "Look, this is very nice, but we can't keep on going at this rate."

Is this an Internet-like bubble in the making?MAURICE: I don't think so. A lot of the movement in the stocks is due to rising oil prices. The price of oil is not going to collapse. Look at what's happening in solar energy. Makers of solar cells can't make enough of them because they can't get enough silicon. Eventually they will, and the price of these devices will go down. But the market for solar is going to get very big.

What kind of alternative energy do you think holds the most promise?MAURICE: Ocean energy.

How does it work?MAURICE: There are different systems. You can put a turbine underneath the water and let the current make the turbine turn. Because water is much stronger than air, the turbine creates much more electricity than wind-driven machines do. You connect a wire to the shore to transport the electricity. In another system, the waves are used to generate electricity. They put a buoy-type thing in the water, and the buoy goes dup-dedup-dedup and that cranks up the turbine. The problem is that the government says you have to have a license to put these devices in the water, and, so far, the licenses have gone to universities and to private entities. So it's difficult to find companies in this area to invest in.

What ocean-energy companies do you own?DAVID SCHOENWALD: We own small amounts of two of them, Ocean Power Technologies and Renewable Energy Holdings. The latter is a British company. Neither is profitable.

What part of alternative energy excites you?DAVID: I like wind, even though the wind doesn't always blow at the right speed at the right location all the time. I like ethanol produced from sugar cane, which I feel is a better feedstock than corn. I also think well of combined heat and power, which is a means to make better use of whatever fuel is used in a commercial or industrial setting. We own shares of South Jersey Industries, a natural-gas utility that has a division that develops combined heat and power facilities. The utility also has joint ventures involving the use of landfill methane gas as a fuel.

What's your biggest ethanol-related holding?DAVID: It would be Abengoa, a Spanish company. It got into the U.S. ethanol business by buying a company called High Plains. Abengoa also has facilities in Europe.

Nuclear power is a clean source of energy. Why don't you own any nuclear-related stocks?DAVID: We are concerned about the potential of Three Mile Island-type disasters and the lack of storage sites for the waste.

What's an example of an idea that came from a shareholder?DAVID: The most recent one is a division of EDF, a French utility. It's called EDF Energies Nouvelles, which does wind energy. I got an e-mail from a shareholder who said she was in Australia and heard that EDF was going to spin out part of its renewable-energy division.

Below are the ten biggest holdings of New Alternatives fund, as of June 30, and the percent of assets each holding comprises.

What are some other sources?DAVID: There are some good publications in these areas. There's a German magazine called Photon International. It has an English version. On alternative energy in general, there's a new entity, called New Energy Finance, that has hired 64 people to do research pieces.

Do you care about price when you choose a stock?DAVID: We don't have any specific price-earnings-ratio or price-to-sales-ratio cutoffs. We favor stocks with reasonable P/Es and reasonable price-to-sales ratios, as well as reasonable debt levels. I also pay attention to insider sales and to who else owns the stock.

Which stock in your portfolio offers the most potential reward?DAVID: I don't have a favorite. I like Abengoa and Acciona, both in Spain. Gamesa is a wind company in Spain. Vestas is a wind company in Denmark. We've done very well with a company in Norway called Renewable Energy, which makes silicon that's sold to people who make solar cells. It also makes solar cells. Speaking of solar, a lot of Chinese solar companies have gone public in the U.S. and have done very well. As a socially responsible fund, we are concerned that one reason the companies are doing well is the low wages in China. Also, the emergence of so many of these companies seems to indicate that there isn't a big barrier to entry into the solar-cell business.

Maurice, do you have a favorite?MAURICE: We've owned FuelCell Energy for 12 or 13 years. I think it's the best of the fuel-cell-energy enterprises, which make electricity out of hydrogen. I think it will turn profitable within two or three years. [For more on FuelCell Energy, see 25 Stocks to Invest in a Cleaner World.]

What is the best benchmark for assessing the performance of your fund?DAVID: Actually, there isn't any good benchmark.

What about comparing New Alternatives' results with those of all energy funds?DAVID: That's not a good benchmark because we add the social-responsibility factor to the mix. There are a couple of companies I would invest in, save for the social criteria we have -- for example, General Electric. It has some positive attributes, but it also has some negatives in terms of nuclear power and defense. There's a company I like in Europe called Novozymes, which makes the enzymes that are used in the ethanol-making process. But it's also engaged in animal testing, and we have investors who don't like that.

For nearly a quarter-century, New Alternatives had the alternative-energy-fund field to itself. That state of affairs is changing rapidly.

Among exchange-traded funds, PowerShares WilderHill Clean Energy Portfolio (PBW) invests in 42 companies, most of them small and domestic. Over the past year, the fund, which charges 0.71% in annual fees, returned 23%. If you want overseas exposure, consider Van Eck's Market Vectors Global Alternative ETF (GEX). The fund, which started last May and sports an annual expense ratio of 0.65%, invests in 30 companies of all sizes located all over the world.