Why the Stock Market Plunged and What You Should Do Now

China’s economic problems are behind the massive selling wave, but the U.S. economy looks healthy, so the chances of the correction turning into a severe bear market are slim. 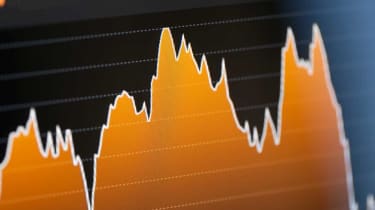 For investors discombobulated by the last few days of excruciating volatility in global stock markets, we have two things to say: You shouldn’t be all that surprised, and, get used to it. And here’s a piece of advice: Don’t worry about it so much.

The swoon has been unnerving, to be sure. The Dow Jones industrial average fell 588 points, or 3.6%, to 15,871, on August 24. After falling 3.9%, Standard & Poor’s 500-stock index is now down 11% from its May peak and 8% for the year. The S&P 500 is now officially in a correction (meaning a drop of 10% from a previous high). But it’s important to remember that pullbacks (commonly defined as declines of 5%) happen on average of two to three times a year, says Dan Suzuki, a market strategist at Bank of America Merrill Lynch. The last pullback occurred in October 2014, the last correction in October 2011. “Higher volatility is something we’ve been expecting,” says Suzuki. “People who want to stay invested have to get used to these higher levels of volatility.”

The source of the volatility? You can label the recent rout “made in China,” says David Kelly, chief global strategist at the JP Morgan Funds. With the second-largest world economy sputtering, fears of a global slowdown are rising. Auto sales, exports, construction activity and other key measures look weaker than China’s overall gross domestic product figures would suggest, says Kelly. At the same time, oversupply is resulting in falling prices for oil, copper and other commodities just as fears of lower demand from China are increasing. Look for the volatility to continue until investors get a clearer picture of the severity of China’s economic problems. See 6 Reasons Not to Fear a China Slowdown

But investors who put the current slate of worries in perspective have every reason to remain confident—and invested—in U.S. stocks. Exports to China—indeed, exports overall—represent a small slice of the U.S. economy. And along with other developed economies, we’re a net consumer of oil and other commodities, so falling prices are something to cheer. “It’s not terribly logical” that a bearish view on China would cause U.S. stocks to tumble, says Kelly. Here’s what else investors should not be worrying about right now:

The U.S. economy. Growth is improving. Kiplinger expects GDP to rise 2.5% this year and 2.8% in 2016. Stock markets turn down before economies do, but the kind of excesses and imbalances that are often harbingers of recession are largely absent.

Corporate profits. Earnings have been lackluster for the past three quarters. But the weakness has been concentrated in the oil patch and in multinational companies whose earnings suffer when the dollar is rising. Kelly believes that both oil prices and the dollar have overshot where they should be—setting earnings up for recovery or rebound. “U.S. stocks are the highest-quality asset in the world, with the strongest balance sheets and the most consistent earnings, says Brian Belski, chief investment strategist at BMO Capital Markets. Overall, analysts expect earnings for S&P 500 companies to be flat this year, and up 9% next year.

Overpriced stocks. You’d have to go back to 2013 to see stocks selling at the price-earnings ratios they command today, says David Lafferty, chief market strategist at Natixis Global Asset Management. The market overall, as measured by the S&P 500, trades at 15 times estimated earnings for the coming four quarters—below the average of nearly 16 for the past 25 years. Bulls even argue that stocks are cheap when viewed against low inflation and microscopic yields on bonds and cash.

The Fed. The selloff may tempt the Federal Reserve to postpone the hike in short-term interest rates that so many prognosticators were expecting the central bank to announce in September. At the very least, market turmoil ensures that any increases come slowly and gradually.

There’s no telling whether the selloff is over. But for now, a bear market isn’t looming. “We don’t think this will mushroom into a true bear market. You don’t see the usual signposts,” says Lafferty. “The U.S. economy is growing, earnings are positive, lending conditions are good—and you’d expect a 50% increase in oil prices to send you into recession, not a 50% decrease.”

What should investors do? If you’re a long-term investor—and if you don’t have at least a five-year horizon you have no business being in stocks—you should look for bargains. Scary? Sure. But Kelly points out that investors who invested in the S&P 500 index at the peak of the market in October 2007—when the S&P sold at nearly 16 times expected earnings—still have managed to reap a 5% annualized gain, despite first losing 55% during the calamitous bear market that didn’t end until March 2009.

Nonetheless, buying what’s worked in the past might not work now, says Suzuki. Stocks that have led this bull market have been driven by scarcity, he explains. In an environment of scarce economic growth the fastest growing companies—think Internet or biotech companies—have been the most popular with investors. You can say the same thing about the scarcity of yield in the bond market pushing the highest-yielding stocks higher—think utilities or companies that make consumer necessities. What makes sense now is a move toward the middle—stocks of companies that benefit from a growing economy and that pay steadily growing dividends. You’ll find good candidates in the technology and industrial sectors, says Suzuki. In those sectors, look for companies with strong balance sheets and consistent earnings.

Lafferty is bargain hunting in financial stocks, in particular the big banks, both in the U.S. and in Europe. Earnings will continue to improve as interest rates rise in 2016, stock prices are attractive, and the banks are learning to live with more demanding, post-financial crisis capital rules, he says.

Kelly’s bargain-hunting formula is the simplest: “Whatever’s down the most at the end of the day is what I’m going to like the most,” he says.