Are Deere Shares Too Rich?

This heavy equipment maker's stock price has soared this year, but we don't think it's overpriced.

Shares of John Deere were sliced in half December 4 by the only phenomenon that seemingly can put a dent in the green juggernaut's price: A stock split.

The heavy equipment maker has routinely been trampling analysts' earnings estimates, and its stock price has vaulted 85% in the past year. For Deere's fourth fiscal quarter of 2007, which ended October 31, profits rose 52% from the same period a year earlier.

Deere is benefiting from a global agricultural boom and a weak dollar, which makes its goods cheaper for overseas buyers. Given the rosy picture, prudent investors should ask themselves: Is the stock overpriced? And what could go wrong? The short answers are "not really" and "not much."

On the surface, one part of Deere's business gives cause for worry. Its second biggest segment is construction equipment, which includes heavy machinery used in earth moving and timber harvesting.

That business accounted for 21% of the $24.1 billion in sales generated in fiscal 2007. With construction of homes and apartments falling across the U.S., the demand for machines from builders and lumber companies will soften.

Lehman Brothers analyst Joel Tiss figures that about half of sales by Deere's construction division, which mainly serves North America, are for residential construction. And Tiss says that home construction "is likely to get worse before it gets better."

However, he points out that Deere's construction-business sales have been increasingly tilting away from the smaller machines used in home construction and toward the bigger (and more profitable) machines uses in commercial construction.

The fourth quarter showing suggests that the housing slump won't sink Deere. While sales of construction equipment dropped 11% from the year-earlier quarter, profits fell only slightly, from $136 million to $134 million.

Deere is, of course, the world's largest maker of farm equipment, which is also the company's biggest segment, accounting for slightly more than half of sales and profits.

The only cloud on the horizon here might be a growing backlash against the use of ethanol, which in the U.S. comes primarily from the fermentation of corn. Given the large amount of water the process takes and its impact on food prices, Congress is growing a bit disenchanted with ethanol and is starting to balk at subsidizing ethanol production.

If demand for corn drops, so does its price, and so does demand for the combines and tractors that add so much to Deere's bottom line.

Analysts aren't worried. Argus analyst Rashid Dahod sees no problem with Deere's forecast of corn rising to $3.30 a bushel in 2008 from its earlier estimate of $2.90. The U.S. Department of Agriculture predicts that ethanol production will consume 4.3 billion bushels of corn annually by 2010, up from 2.15 billion in 2006. "These are bullish signals for the agriculture sector," Dahod says.

With all sorts of winds at its back, the only real question is if Deere shares have gotten too rich.

That would seem pricey, but for two things. First, Deere's growth rate is exceptional for a big manufacturer. The company predicts that equipment sales will climb by about 12% for the 2008 fiscal year and be up about 25% for 2008's first quarter. Second, the company's forecasts are notoriously conservative.

Deere reminds you of that obnoxiously smart kid in your trig class who fretted about the final, only to ace it. In the past four quarters, Deere's earnings have exceeded analysts' estimates by an average of 21%. 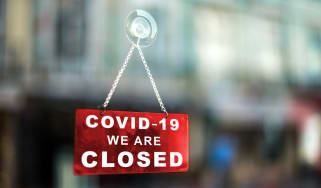 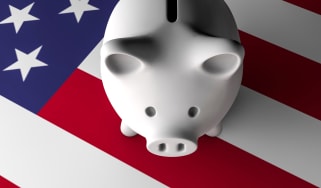