The president's Twitter activity can certainly cause short-term market swings, but other factors are far more influential 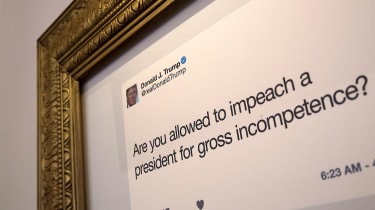 You can’t go online or turn on the television without hearing about President Donald Trump’s latest tweets or pronouncements on China or North Korea — or the latest developments in the Robert Mueller probe. And the stock market news frequently cites Trump’s effect on stock prices.

But, in my view, investors pay far too much attention to what President Trump says and does. Despite what the headlines suggest, presidents tend to have only a limited effect on stock prices. What’s more, the good or bad they do often doesn’t get fully reflected in stock prices until many years after they’ve left office.

I’m not arguing that Trump has no effect. He certainly does, particularly in the minute-by-minute ticks of the markets. But if you really want to understand what makes the stock market move, pay attention to the economic and business news that seldom makes front-page news — except during giant selloffs.

What matters more than Trump?

Start with interest rates. As the yield on the 10-year Treasury note moved above 3% in May for the first time in five years, stocks have become jittery.

A guaranteed 3% yield begins to offer some competition to stocks among investors. What’s more, companies seeking to expand or roll over debt now must pay higher interest rates than previously. So do individual borrowers. All that slows the economy. Finally, stock analysts employ interest rates in valuing stocks: The higher rates are, the pricier stocks look to analysts.

Which brings us to the economy — the main driver of the stock market.

The economy currently looks robust. Kiplinger forecasts that U.S. gross domestic product will grow 2.9% this year after 2017’s 2.3% pace. Business spending should rise 7% in 2018, inflation will increase to 2.6% and the yield on the 10-year Treasury note will creep up to 3.3%.

Where the stock market goes also depends in large measure on where it’s starting from. Nine years into a bull market stocks are certainly not cheap. But Standard & Poor’s 500-stock index is trading at 17.3 times analysts’ consensus earnings for 2018, which is not outrageous compared to history.

Trump and Congress passed a massive tax cut last year. The upside? That is helping to inflate profits – some of which companies are using to boost share buybacks, which help stocks rise. However, the flip side is that over the long-term, the tax cut could cause problems for the economy and the markets because it further expands the already worrisome national debt.

But by then, Trump may well be long out of office.

What about Robert Mueller’s investigation? Certainly, the markets won’t be happy if it leads to impeachment proceedings. But I think that’s a long shot. A majority of House members would have to vote to impeach, and two-thirds of the Senate is required to convict. With the Republicans currently in control of both houses of Congress, I’d bet a lot of money against Trump being thrown out of office.

Bill Clinton’s impeachment initially sparked a selloff in stocks. But as it became clear he’d be acquitted in the Senate, the markets rallied to fresh highs.

Richard Nixon was the only president who resigned from office after he’d lost support in Congress to resist being evicted from office. And the S&P 500 lost 45% in the 1973-74 bear market.

But that bear market had a lot more to do with oil price shocks and stagflation than Nixon. Indeed, the British stock market suffered much worse damage in 1973-74.

The U.S. economy is vast. So vast that even presidents have only an incremental effect on it and the stock market. If you’re trying to figure out which way the stock market will head next, tune out the political news and pay attention to interest rates and the economy – which both look healthy.