Take a Flier on Low-Price Stocks

Shares from these three companies are cheap after posting big declines last year, but they're making a comeback. Plus: Buy into bonds through exchange-traded funds.

Buy $20 in lottery tickets every week for a year, and the entertainment value ends with each drawing. But invest in 100 or 150 shares of a low-price stock, and you can savor the excitement for years. Plus, the odds of winning are astronomically better.

We started our search with the Kiplinger.com stock screener and Value Line's database to look for companies whose shares are priced between $3 and $7 and which produce quality products, boast low ratios of share price to sales and book value, and -- this is important -- are posting gains this year after a sharp decline. If a fallen stock's price is creeping up, the market probably knows something.

Design Within Reach (symbol DWRI, $5) has small stores in hip neighborhoods from Santa Monica, Cal., to Tribeca and many hot spots in between. The company sells high-design furniture, lighting and storage, much of the merchandise from Europe and Brazil. Although sales were up 30% from 2004 to 2005, to $158 million, the company lost $2.1 million last year. But DWR suffered financial-management and computer-system problems that are now being corrected. The problems were one reason the now-recovering shares fell 78%. If you don't like the stock, you'll swoon over the credenzas.

Phoenix Footwear Group (PXG, $5) owns high-end shoe brands, including H.S. Trask, which started in Bozeman, Mont., and is known for loafers made of American bison leather. In 2003 it added Royal Robbins, a travel-wear line sold in upscale outdoors stores. Sales were up more than 40% from 2004 to 2005, in this case to $109 million, and the company eked out a $1.2-million profit.

Hanger Orthopedic Group (HGR, $7) is named for James Hanger, a Civil War amputee who invented the modern prosthetic leg. In addition to fitting war-injury amputees, it supplies orthopedic walkers for weekend athletes recovering from broken bones. Hanger is a volatile stock known to fall on rumors of ever-lower Medicare reimbursements. But its revenues are growing, and last year the company posted a $12-million profit on $578 million in sales.Remember: You can't win if you don't play.

Buying individual bonds or even bond funds can be a pricey proposition. But you can enjoy bond yields affordably through exchange-traded funds -- mutual funds that trade like stocks -- for much less than $1,000. The best of the bunch:

IShares Lehman Aggregate Bond fund (symbol AGG; $98 a share) tracks the entire bond market, making it a great one-stop, fixed-income investment. Almost 40% of the fund is in U.S. Treasury bonds and other bonds issued by government agencies, with the remainder in mainly high-quality corporate bonds. It yields 5.0% and charges just 0.20% annually for expenses.

To cushion your bond investments against inflation, consider iShares Lehman TIPS Bond fund (TIP; $99), which also costs only 0.20% annually. It invests exclusively in Treasury inflation-protected securities. TIPS increase in value as inflation rises. For instance, if the consumer price index climbs 1%, this fund will also increase in price by 1%. In exchange for the extra security, however, TIPS pay lower yields than other bonds. This ETF currently yields 2.1%. 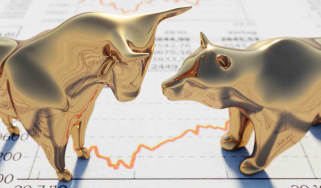 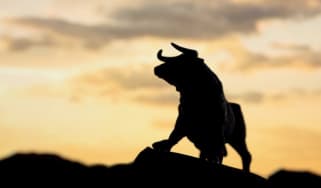 The first day of 2020's second half kicked off with a mixed trading session that saw Amazon (AMZN) and Facebook (FB) help the Nasdaq to new highs.
17 Wonderful Work-From Home Stocks

Is the run in work-from-home stocks over? The pros don't think so. These 17 "WFH" stocks appear poised to continue climbing on the longer-term remote-…
Dividend 15 Rally After Running Out of Gas 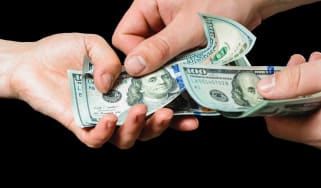 Dividend 15 Rally After Running Out of Gas

Stocks on our list tumbled in February, but they've mostly bounced back.
Skip to ContentSkip to Footer